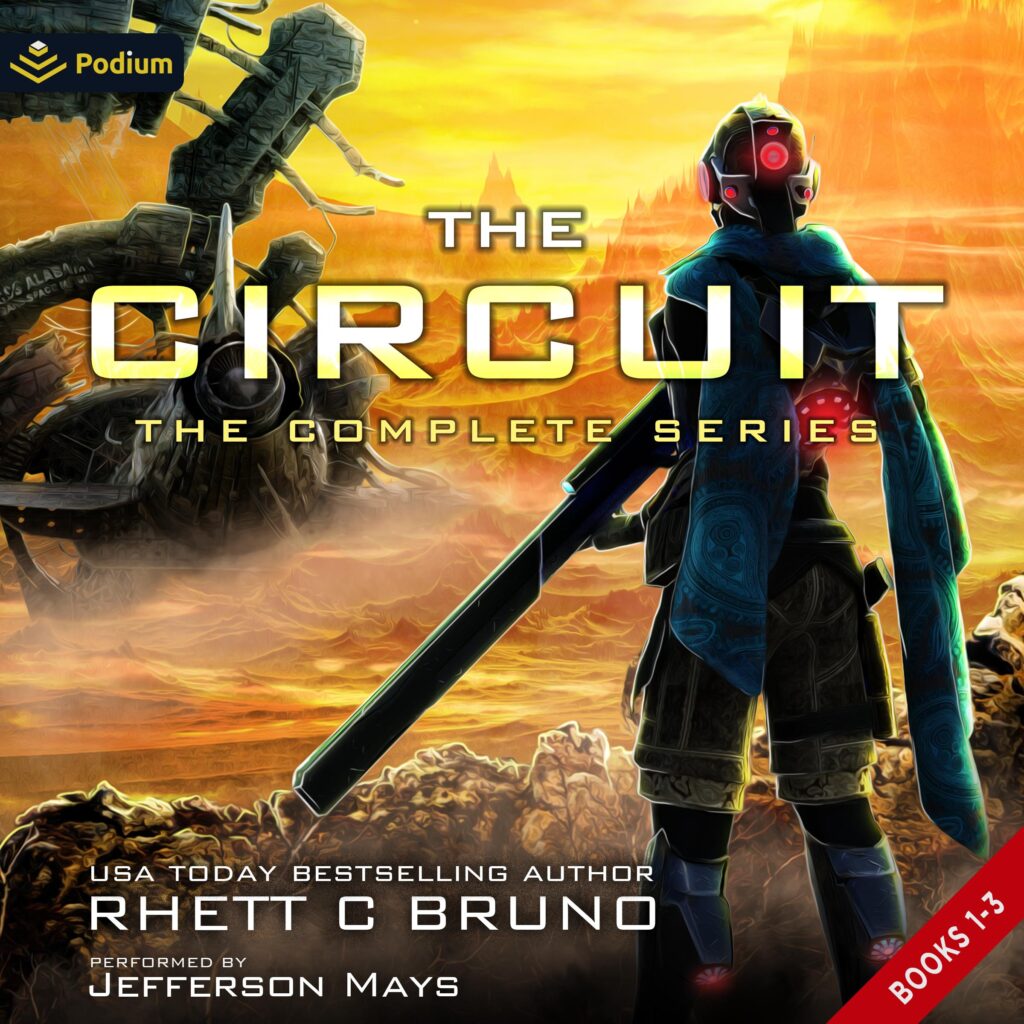 USA Today Best-seller Rhett C. Bruno’s debut sci-fi series is a gritty, space-opera epic perfect for fans of The Expanse!
Earth is a dying planet. To survive, humanity founds the Circuit, a string of colonies across the solar system, dedicated to mining resources vital to preserving what remains of mankind. Here there are no heroes or villains, only those willing to do what’s necessary to survive.
The New Earth Tribunal, a powerful religious faction, has risen to rule the Circuit. They believe a Spirit within the Earth will one day appear and welcome humanity back home. Following a string of seemingly random attacks, the Tribunal suspects its mortal enemy, the Ceresians, have again rallied to challenge their absolute rule. But a new, sinister threat has arisen – and it plans to bring down the Tribunal once and for all.
Join an unlikely band of would-be saviors – the Tribunal’s best spy, a roguish Ceresian mercenary, a subservient android, and a disgraced general – as they are drawn into a conspiracy destined to change the Circuit forever.
"Bruno has crafted a complex, multi-dimensional story that combines the best of his genre with age-old truths – and quandaries – about humanity, politics, religion, family, and, yes, love." (Portland Book Review)