The Land of the Undying Lord | Podium Audio

The Land of the Undying Lord 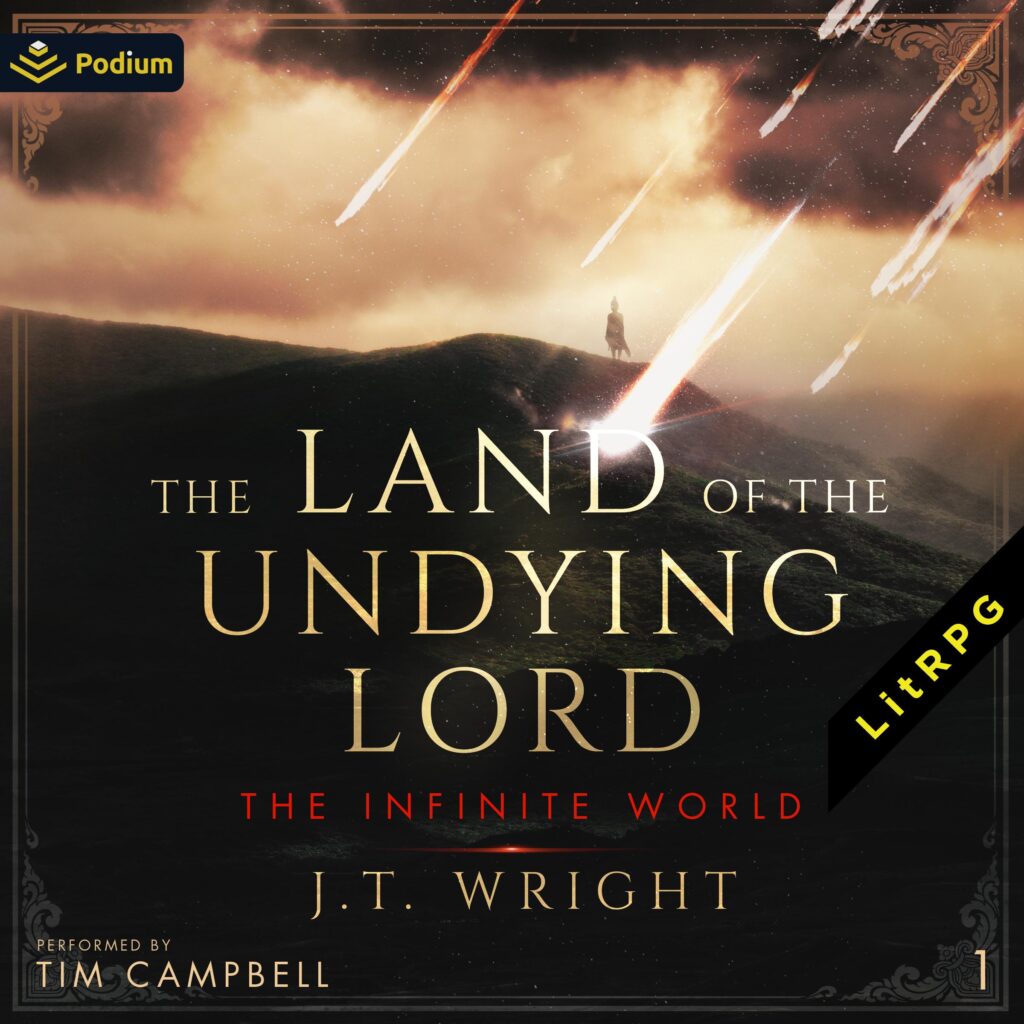 The Infinite World: ever-changing and ever growing. New nations and races rose and fell almost daily. New Classes were discovered, and old ways were lost.
Monsters and beasts roamed the earth and were slain by soldiers and adventurers who were, in turn, killed by stronger threats. Heroes and villains created new epics and were forgotten when their successors appeared. This was the way of the Infinite World.
Summoned into this chaotic place, a young boy with no name and no past must learn to survive. Bound to a master who doesn’t care whether he lives or dies, he must become stronger. The question is: how? Do the people around him value him for who he is or merely for what he represents? The world holds endless possibilities, but only time will tell what the future holds for the boy.
This book contains some strong language that may not be suitable for younger listeners.

J.T Wright lives in the small town in the northwestern part of the United States. He spends the majority of his free time trying to talk his wife out of traveling and into adopting more dogs.