The Powers of the Earth | Podium Audio

The Powers of the Earth 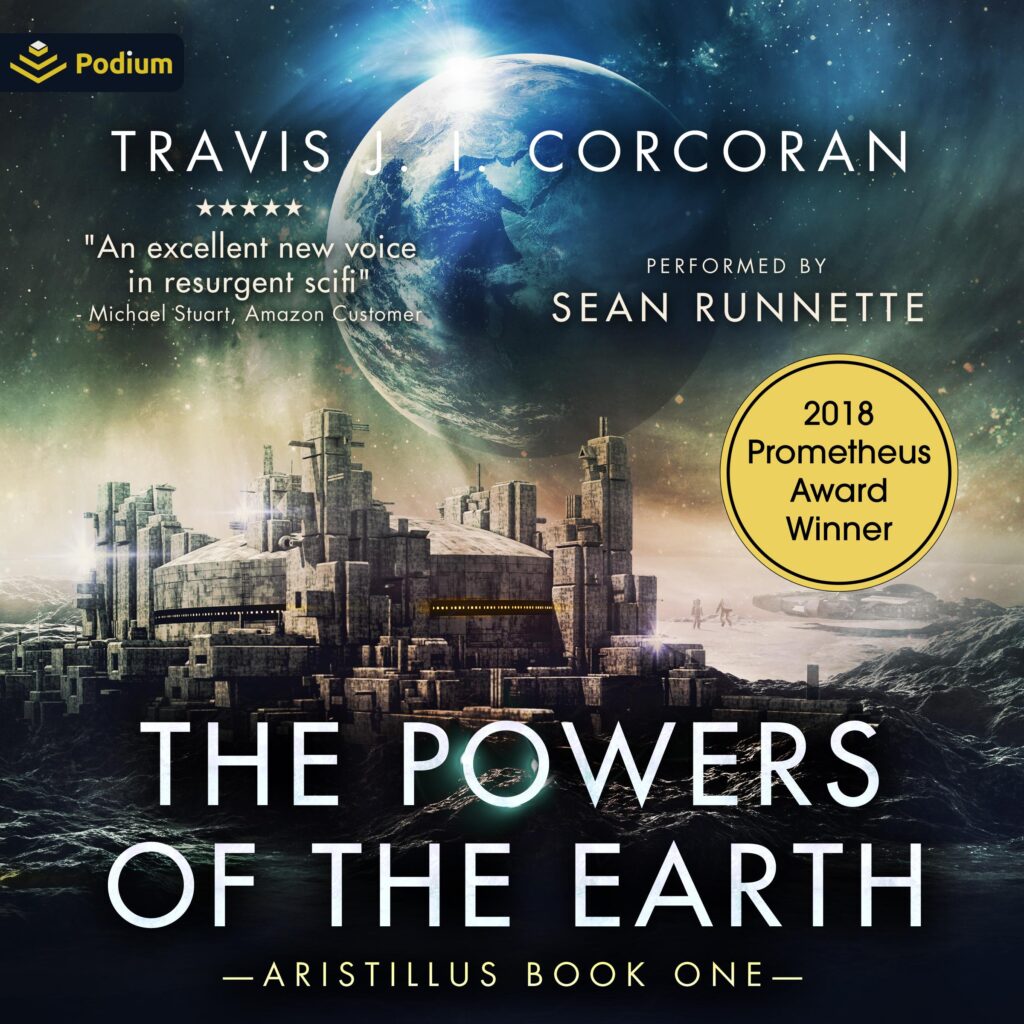 Winner of the 2018 Prometheus Award for Best Novel
Earth in 2064 is politically corrupt and in economic decline. The Long Depression has dragged on for 56 years, and the Bureau of Sustainable Research is hard at work making sure no new technologies disrupt the planned economy. Ten years ago, a band of malcontents, dreamers, and libertarian radicals bolted privately developed antigravity drives onto rusty seagoing cargo ships, loaded them to the gills with 20th-century tunnel-boring machines and earthmoving equipment, and set sail – for the moon.
There, they built their retreat. A lunar underground border town fit to rival Ayn Rand’s "Galt’s Gulch", with American capitalists, Mexican hydroponic farmers, and Vietnamese space-suit mechanics – this is the city of Aristillus.
There’s a problem, though: The economic decline of Earth under a command-and-control economy is causing trouble for the political powers-that-be in Washington, DC, and elsewhere. To shore up their positions, they need to slap down the lunar expats and seize the gold they’ve been mining. The conflicts start small but rapidly escalate.
The Powers of the Earth includes zero-gravity gun fights in rusted oceangoing ships flying through space, containers full of bulldozers hurtling through the vacuum, nuclear explosions, armies of tele-operated combat UAVs, guerrilla fighting in urban environments, an astoundingly visual climax…and really, really big guns.