Two Necromancers, a Dragon, and a Vampire | Podium Audio

Two Necromancers, a Dragon, and a Vampire 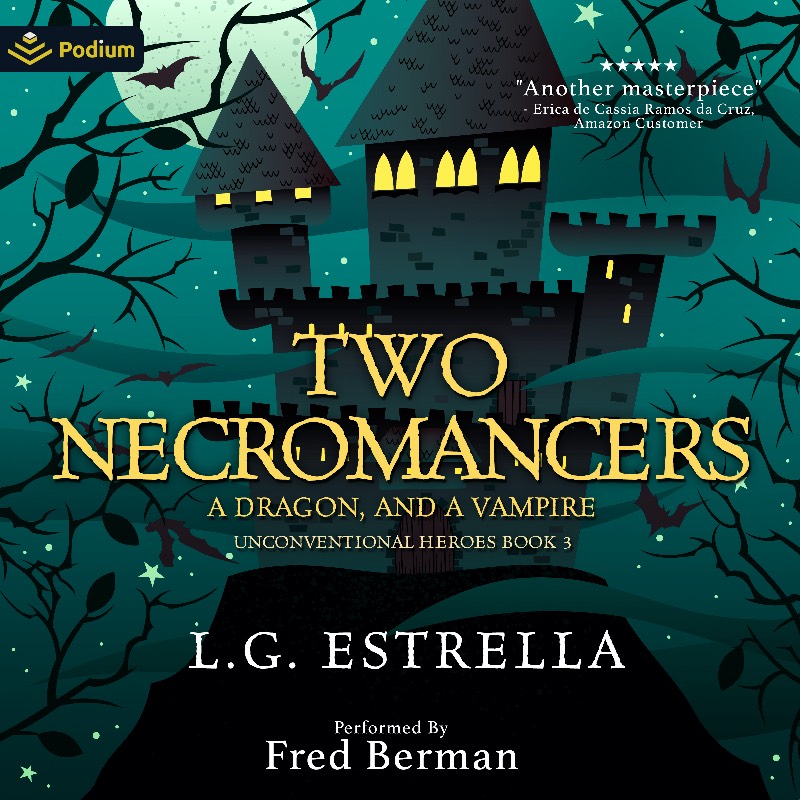 Two necromancers, a dragon, and a vampire – it sounds like a shortcut to disaster, and for Timmy, it’s certainly looking that way.

To earn his pardon and avoid becoming yet another necromancer statistic, Timmy has to work for the Council. From bandit uprisings to giant sea serpents and ogre invasions, Timmy and the others are there to save the day – sort of.

And despite relying on overly intelligent ninja rats, an elf who believes that fire is the answer to everything, a bureaucrat who struggles to stay conscious through an entire fight, and a precocious apprentice who has designs on his castle, property damage per mission is down, they haven’t blown up another mountain, and they’ve gone several missions without ripping a hole in reality.

When the dragon egg their resident pyromaniac stole hatches to reveal the world’s cuddliest harbinger of death, Timmy and the others are dragged into a pair of diabolically dangerous missions. Breaking out of one of the world’s most secure prisons was hard enough. Now, they have to break back in to rescue a vampire.

And then there’s the Eye of the Abyss. Does your country have a problem with a divine artefact capable of singlehandedly winning a war? Don’t worry. Just send Timmy and the gang. They’ll handle it, and Timmy might even get to live every necromancer’s dream with – zombie pirates.

Timmy and the others want their pardons, and they’re not going to let anyone stop them, not armies, not fleets, not even the most powerful empire the world has ever seen that just so happens to hold a centuries-old grudge against Everton.

The world is going to learn a very important lesson: never, ever underestimate a necromancer with a shovel and time to plan.