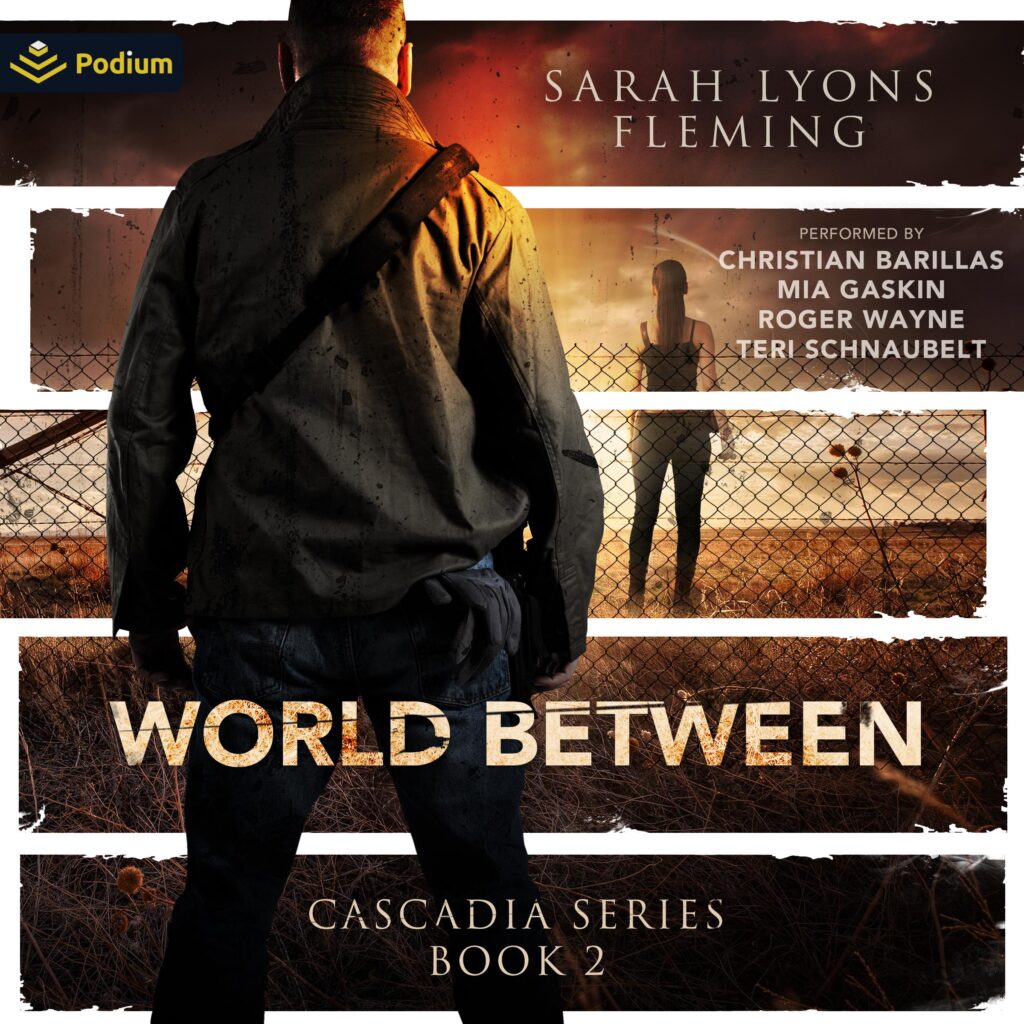 Danger can be anywhere in the world between.
Trapped in the fairgrounds by zombies and circumstance, it’s impossible to move out—and tough to move on.
Whether romantic or platonic, changing relationships prove tricky for Rose, Tom, Clara, and Craig—never mind adapting to the new not-so-normal. Being surrounded by the undead is bad enough, but with a tyrant-in-training running their Safe Zone, it’s that much worse.
Still, it’s better than being eaten alive. And when the biggest threats are removed, it seems life with zombies is on the upswing. But there’s no margin for error in the world between—and sometimes the smallest threat proves most lethal.

Sarah Lyons Fleming is a Laura Ingalls devotee, wannabe prepper, and lover of anything apocalyptic. Add some romance and humor, and she’s in heaven. Besides an unhealthy obsession with bug-out bag equipment, she loves books and making artsy stuff. Born and raised in Brooklyn, NY, she now lives in Oregon with her family and, in her opinion, not nearly enough supplies for the zombie apocalypse. But she’s working on it.