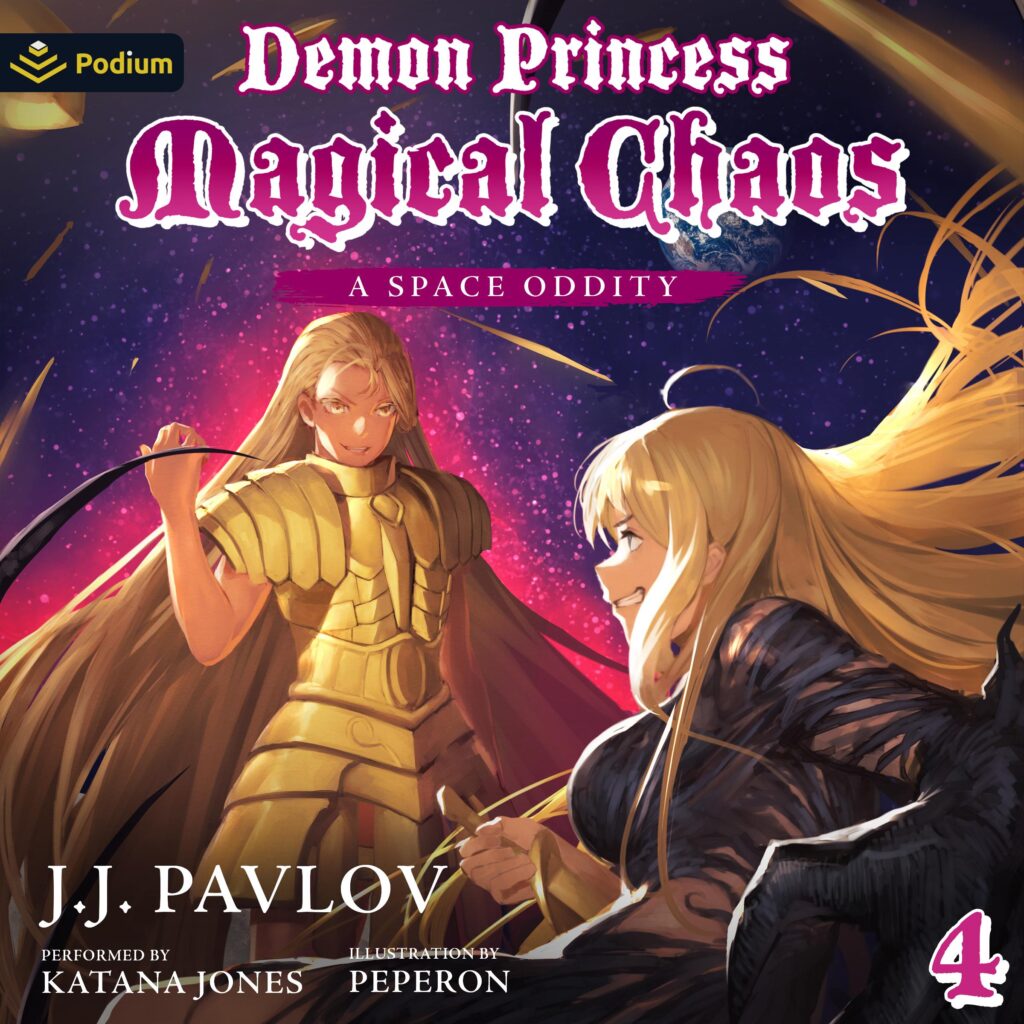 The Demon Castle: Chaos and company return to her birthplace to enlist the help of Court Magician Mithra.
But something goes wrong during the teleportation, and she is separated from her other half…once again. With Mithra’s help, she has to return to Kongenssoevn to bring those she left behind to the safety of the Dominion before locating Asoko. But first comes the long-awaited reunion with her mother.
The young Crawling Chaos gains insights into her past life, faces betrayal, and makes a new unlikely ally. Her involuntary journey even takes her into space, where she will learn the terrible secret about the world she reincarnated into. Those she leaves behind will have to find their own way in the world until the day she makes her glorious return.
The Demon Princess Magical Chaos series contains gore and explicit sexual content. It’s intended for mature listeners.