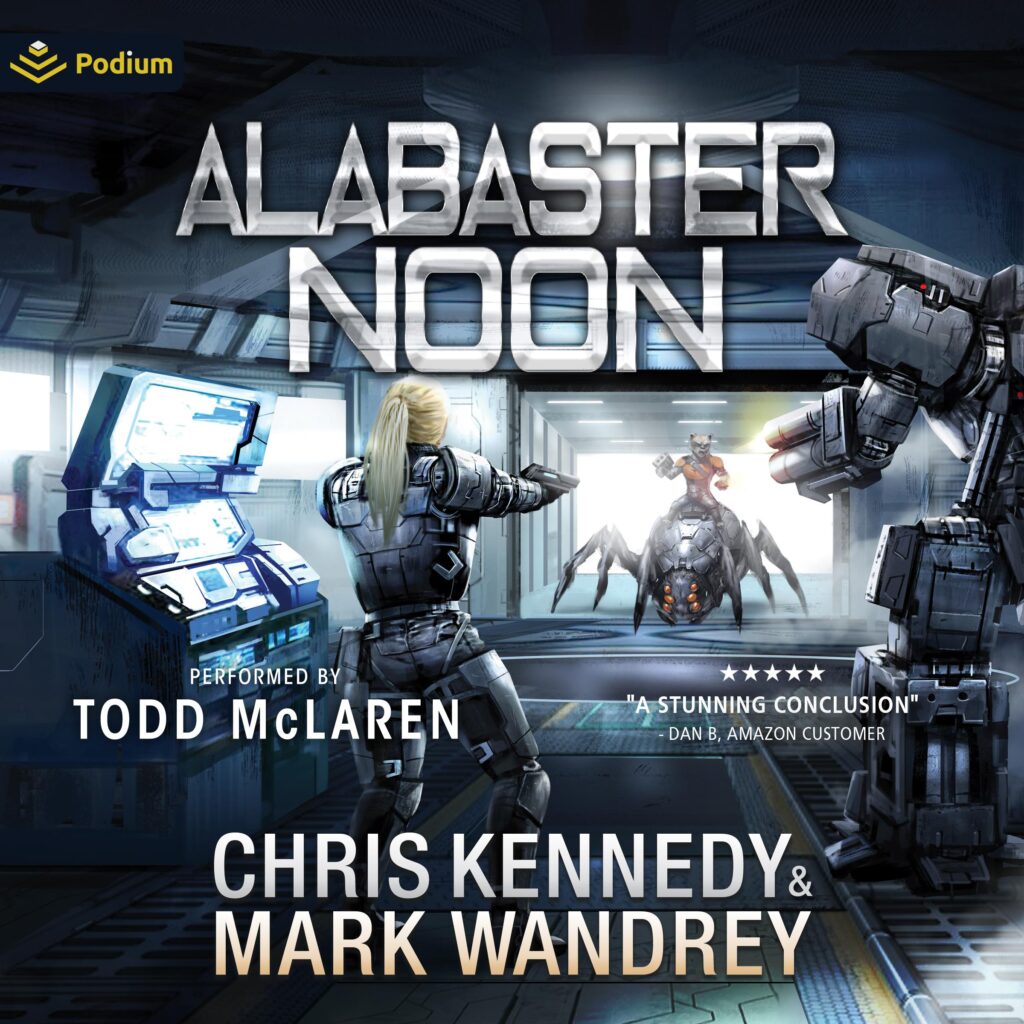 The invasion of Earth is a broken dream, a victim of Peepo’s ability to play the long game better than anyone thought possible.
With Alexis Cromwell shot in the back by her XO and the fleet in ruins, the Humans have run back to New Warsaw to lick their wounds, but the Merc Guild now knows the location of their hidden base, and they are in hot pursuit. Led by the New Era, a dreadnought built for the sole purpose of destroying humanity, they are an unstoppable force.
But the Golden Horde has been fortifying the system for a decade, though, and it won’t fall easily. The question, though, is whether the Humans can summon the will to defend it. With Alexis gone, the Winged Hussars are in turmoil, and their morale is at an all-time low. Humanity’s space fleet is in a shambles, and Sansar Enkh realizes her dream of being unable to stop the dreadnought is about to come true, despite her best efforts.
The final battle is at hand, with the survival of mankind at stake. The sun is at its zenith as the forces take the field – will the Humans crush the Merc Guild forces and take their place in a new hierarchy, or will the sun forever set on humanity?