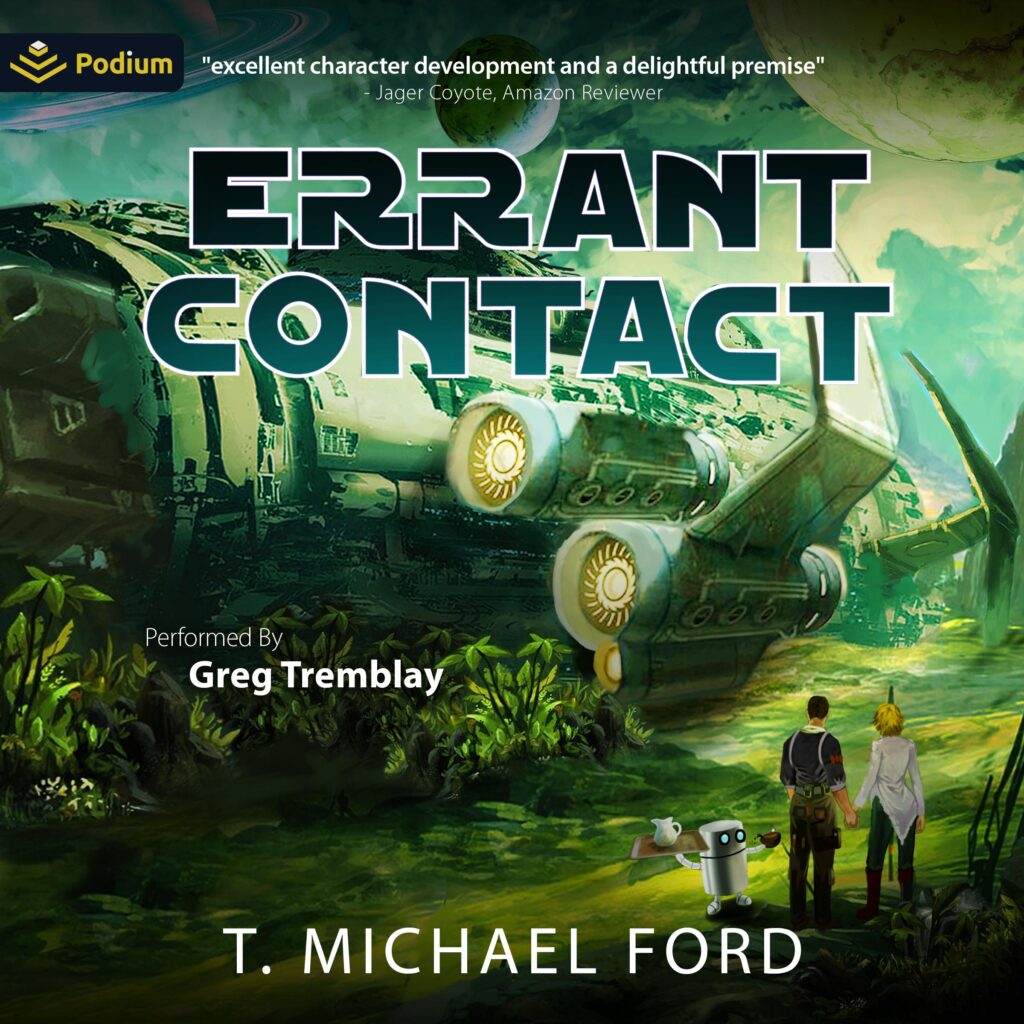 A survey crew of the human starship Geoffrey Laird lands on a small, unexplored planet quaintly named Fleece as part of a standard scientific mission.
The planet looks benign, but a small mix-up with "hostile life-forms" has the three surviving members of the team on the run. Drik, Max, and Laree seek shelter in a small cave, completely cut off from their ship and communications. But it turns out the cave is anything but small.
Kodo, frozen in stasis for almost 1,000 years, awakens to find everything he knew is gone. His fellow crewmembers are dead, his ship is a wreck, and his homeworld is gone. Only one other member of the crew survives – Kalaya, the Aurora‘s synthetic organism. Now, on top of it all, humans are on his ship! Humans, the universe’s newest addition to deep space-faring races and a complete embarrassment to the galactic community, are on his ship. Could this get any worse? Yes, it can.
Follow Kodo, Laree, and friends on their mission to escape Fleece and the human military eager to capture their ship. A mission filled with danger, laughter, spiteful hamsters, and sentient BLT sandwiches? Game show hosts? Space crickets?
This is a light science fiction novel; if you are looking for discussions on quantum theory, then this is not the book for you.