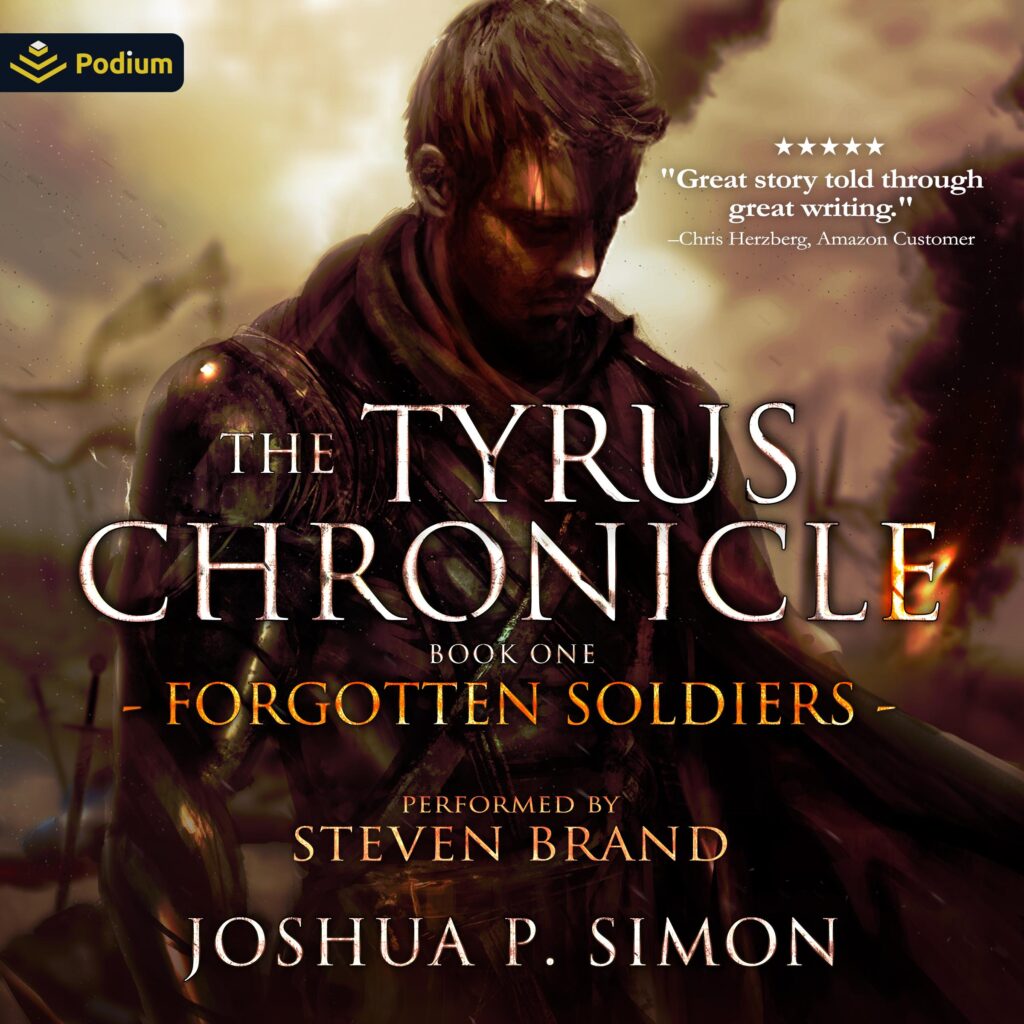 A great war. A changed world. A soldier through it all.
The Turine army is on the brink of victory against the Geneshans. Sergeant Tyrus and his unit are tasked to steal an artifact from the enemy that some believe has the power to destroy the world. Taking such power from the Geneshans would end the decade long war.
Upon their success, Tyrus’ unit is among the first wave of soldiers discharged from the army. War has robbed him of time with his wife and children, but now the life he has dreamed of every day for the last 10 years is just a long journey away.
Traveling home, Tyrus finds the world he left behind changed in ways he never expected. His own countrymen view returning soldiers as a threat. His own townsmen want to forget he even existed. Danger is everywhere. His dream is in jeopardy.