Into the Calm | Podium Audio 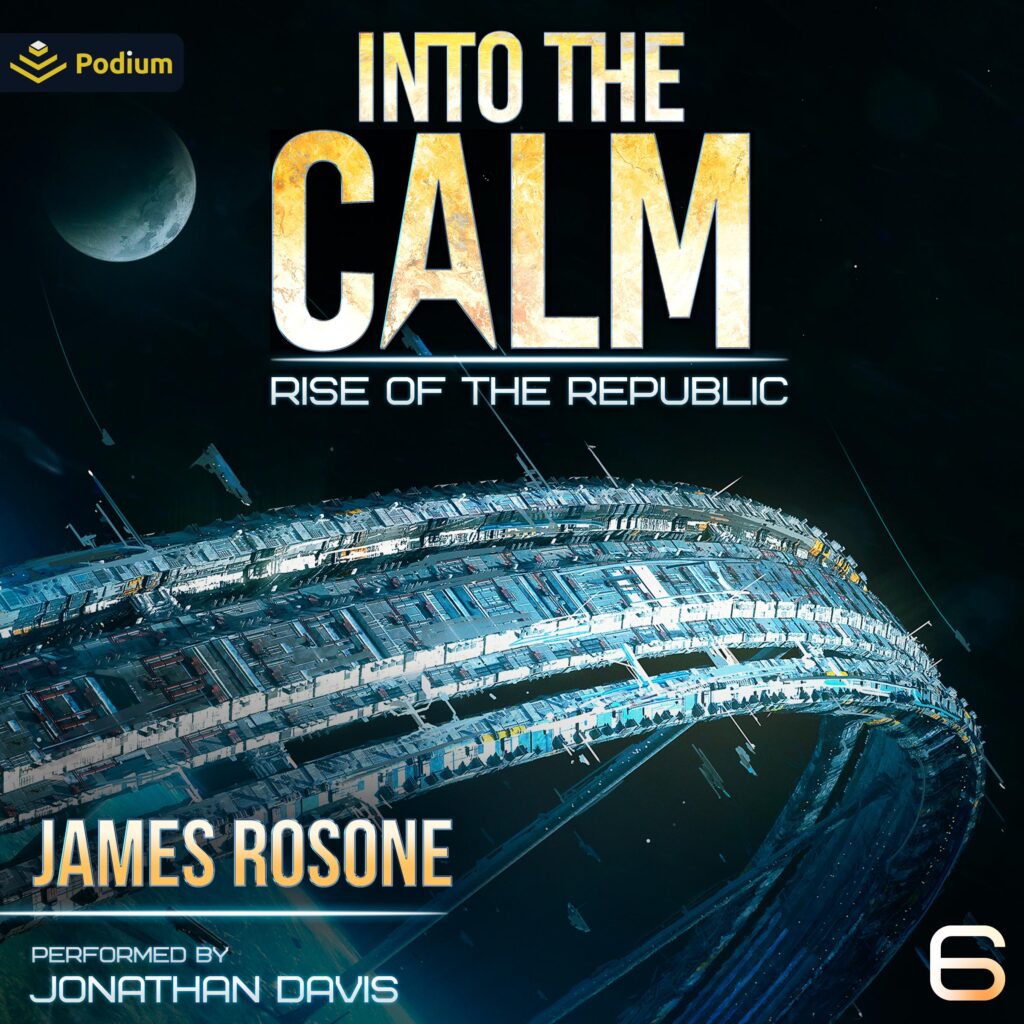 The war had been won…or so Miles had thought.
Viceroy Miles Hunt had accomplished the impossible. He gambled the Republic, the RNS Freedom and the entire joint allied fleet in one glorious battle.
Secretly, the Zodarks plotted revenge, a restart to hostilities once their spies had found Earth. With peace achieved, new exploration began.
Opportunities at new settlements enticed. All believed the threat of annihilation was past them and with that comforting thought, Liam and his Belters headed for their new world. They would build and expand their society–giving the people of Earth an alternative to the Republic.
With its shipyard capacity finally reaching its zenith, the Republic began a growth spree and galactic sprawl like no other. Moons and planets, either newly conquered or discovered, were being colonized. Galactic trade grew increasingly important. The Republic had a war debt that had to be paid.
There was just one problem: a discovery by Dr. Katō Sakura could change everything.
The mysterious Humtars had left behind the stargates. But why did their vast empire disappear? If Dr. Sakura kept searching, would she unlock Pandora’s box?