Into the Fire | Podium Audio 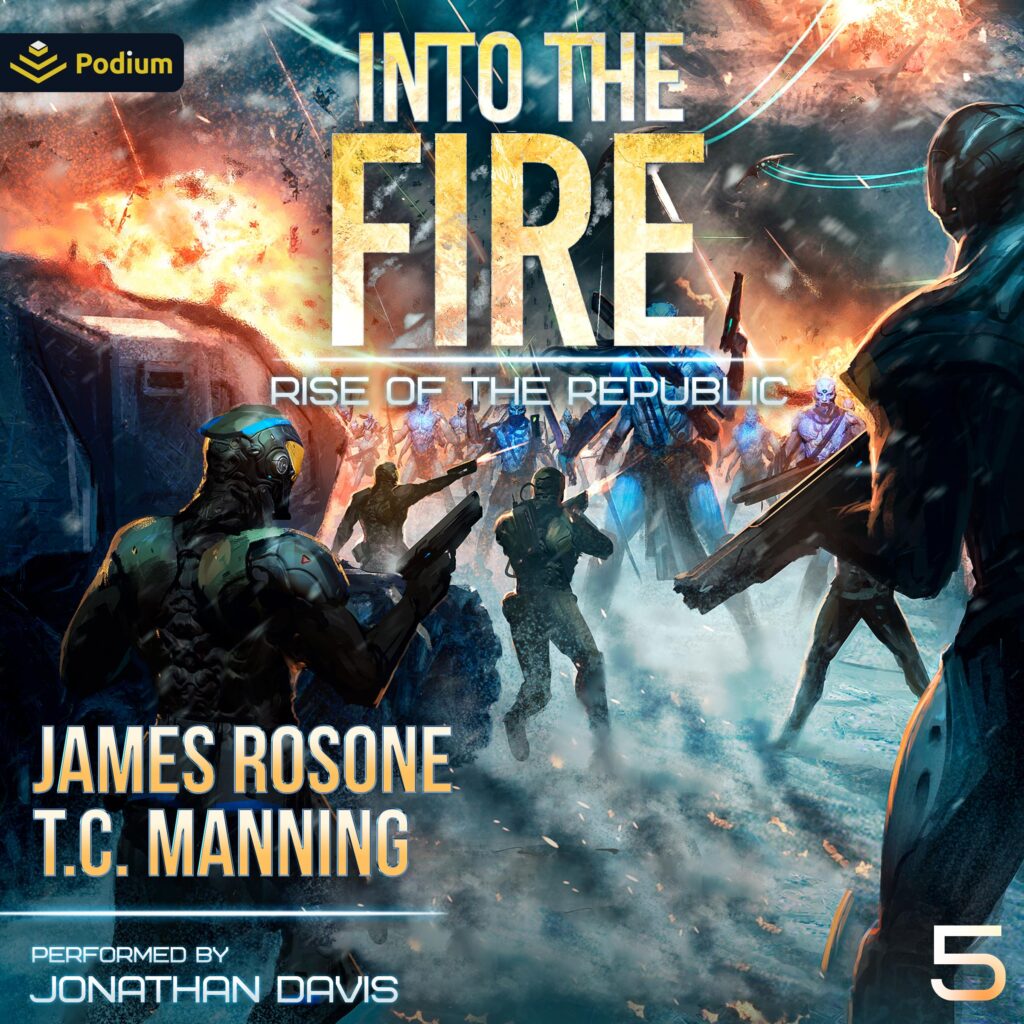 Ultimately, the decisions of the admirals were the Viceroy’s responsibility. Could the losses have been avoided?
Down on Alfheim, the situation was dire. Some brave men and women had to be left behind for the greater good. Viceroy Miles Hunt, gutted by the losses, needed to stay focused. A Titan-class warship, the Freedom, could be the key to victory, if it were fully operational with a trained crew.
It was not. Could Miles find another ally to be a wild card?
Sam, the medical Synth, faced something the programmers never expected: a moment where the only option was to break free of the code. The battle was fierce and there didn’t seem to be a way out, until Sam came up with a plan.
Would it save them?
The Republic needed a big win, one that would force peace, but they might have underestimated the resolve of the Zodarks. The superships were on the way, but time wasn’t on their side.
The tide of the war had shifted.