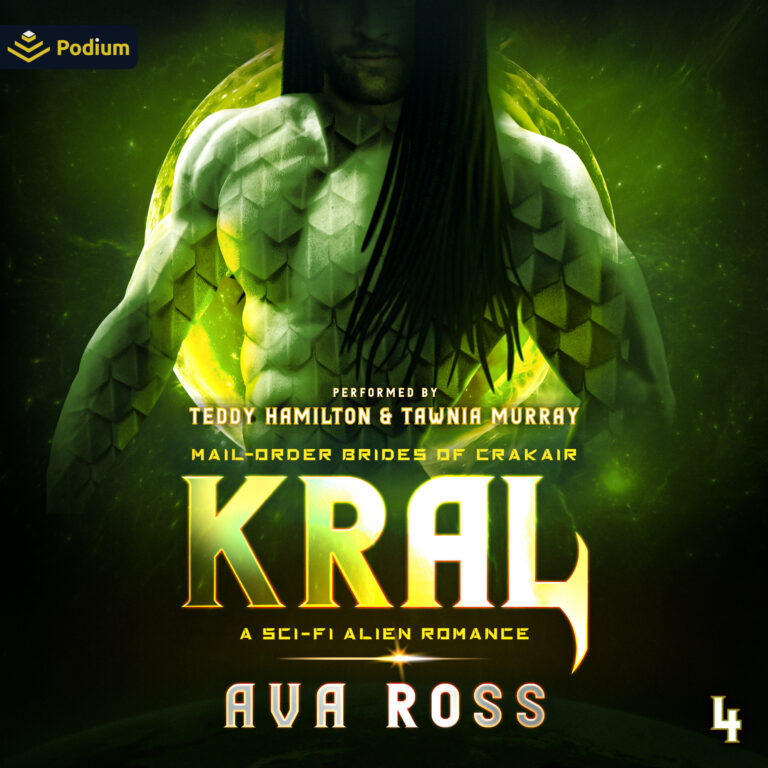 A stoic Vikir warrior meets his match in a spunky Earth woman determined to show him what he’s been missing.

After she’s kidnapped on her way to the planet, Crakair, Mila’s not sure she’ll ever meet her arranged mail-order alien match. Until Kral falls–literally–on top of her during his heroic rescue mission. Who wouldn’t be attracted to a gruff, scaly green alien doing all he can to save her from the bad guys? But with space stations and ships exploding around them, it soon becomes clear someone is determined to make sure she and Kral never reach Crakair.

Kral has settled into his role as Kral the enforcer and Kral the loner; the person he had to become after his father was killed and he was forced to assume leadership of his clan. He signs up for the Selection, never expecting to develop feelings for his Earthling female match. Despite the danger they’re in, she makes him laugh and shows him that life doesn’t always have to be serious. But with an enemy chasing them across the galaxy, Kral will have to tap his Vikir warrior skills to protect his Earthling bride.

Kral is book four in the Mail-Order Brides of Crakair series, but it can be enjoyed as a standalone.