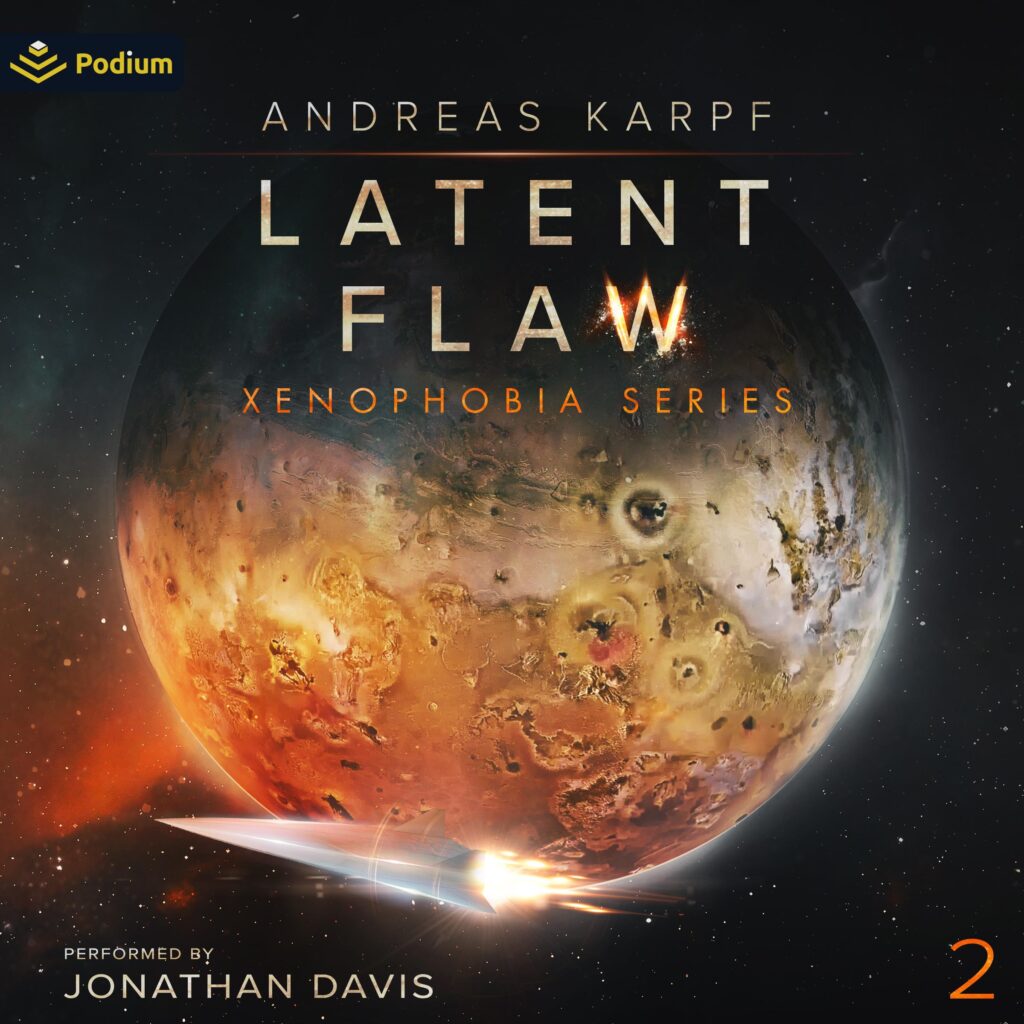 _Latent Flaw, _the highly anticipated sequel to Prelude to Extinction has arrived. It has been three years since the crew of the Magellan returned, and Earth may now be a target.
A crescent moon set against a jeweled field of stars gracefully slid into view. The thin arc of its crater-filled landscape drew Jack’s mind in. His eyes followed the long, inky shadows cast by jagged crater walls as they cut sharply into the pockmarked ashen terrain.
Deeper within the jet-black lunar night-side were the lonely peaks of a smattering of mountain tops, catching a few last rays of sunlight. All Jack felt was a desire to escape; to be down there exploring…perhaps uncovering some new detail in the history of Earth’s nearest neighbor. Anything to avoid the chaos that was now poised to engulf him. But there was no choice; something was actively sabotaging their work and threatening the entire alien archive program. The recent attacks were anything but random and growing more bold.
They knew he was on to them. A rogue signal now pointed to the frigid, dusty realm of Jupiter’s Trojan asteroids.
The question is: can they stop him before he finds them?

Andreas Karpf is an experimental physicist whose research focuses on designing new techniques to detect atmospheric pollutants. He enjoys a good adventure story, but lives for the hard sci-fi novel set in a plausible future that doesn’t get weighed down by too much technology. Andreas’ interests are varied and include art and Taekwondo (where he’s a 4th degree black belt).