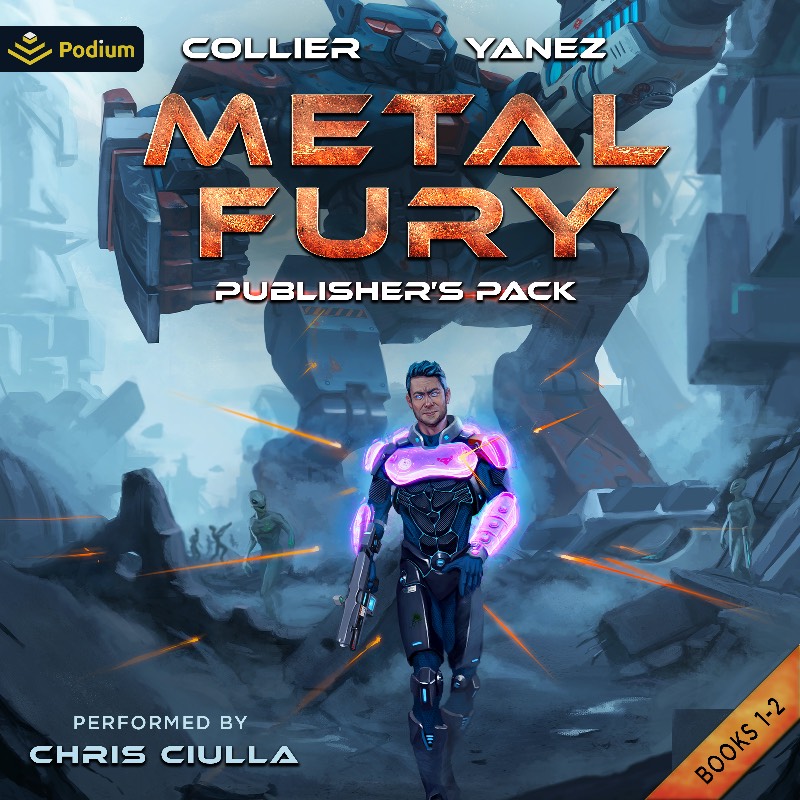 Contains books one and two of the Metal Fury series.

I Am Mech, book one

His job was to guard against terrorist threats. Now he’s discovered an even more sinister enemy. To stop this encroaching doom, the people cry out for a hero. Instead, they get Jack.

This ace mech pilot contends with legendary prophecies, ancient powers, and fickle companions as he sets out on an epic task to save his planet from a baddie hellbent on destruction. Has his positive self-talk got him in too deep, or will he actually pull through to do some good this time?

The path to freedom leads to combat in a slave arena.

He’s only just survived the trash planet. Now, Jack has arrived in a new world to find his friends captured and enslaved. The twisted politics of Shivbowl leave little room for his normal antics. He’ll have to play by their rules and beat out the competition in the mech battling games.

While hope for freedom fades, a new darkness promises everything Jack has ever wanted but goes against everything a Knight stands for. Can he resist this powerful calling?