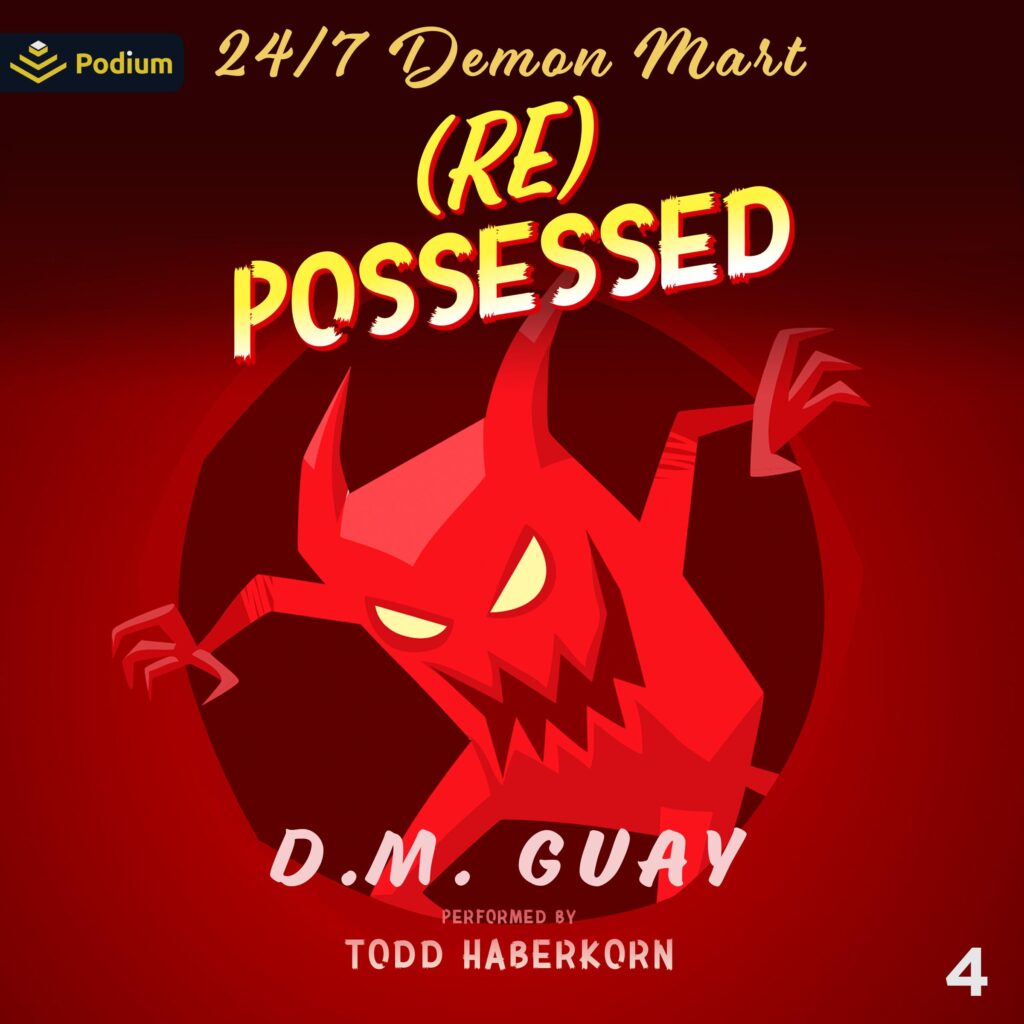 One loser, one talking cockroach, and one karate-chopping bombshell stand between you and soul-crushing, world-destroying evil.
Or not? A mysterious red door has appeared inside 24/7 Demon Mart, but when Lloyd opens it and steps in, nothing happens. Nothing bad, at least. He finds a lost room filled with treasures so good, so perfect, it seems like the Demon Mart crew’s wishes have all come true.
Kevin finds the solution to his mid-afterlife crisis and his roommate problems. Faust finds a renewed interest in the carnal delights of earth. Lloyd, dead tired from fighting off angry poltergeists, finally gets the one thing he so desperately desires: A nap. DeeDee? Well, she’s just angry. Really, really angry.
But it’s fine—totally fine—until the protection spells at Doc’s pawnshop begin to unravel. And the Demon Mart gang becomes so consumed by their own appetites and desires, they don’t even notice the dark force awakening beneath them, a force so ancient and evil it could rip the world to shreds.
If humanity is to have any hope at all, the graveyard shift crew will have to battle their inner demons and sacrifice everything they want the most. Will they triumph? Or will the evil that lurks behind the red door rip them—and the world—apart?
(Re)Possessed is a demonic possession horror comedy. It is the fourth book in the 24/7 Demon Mart series.
Includes bonus short story, Kevin vs. The Mothman.

D.M. Guay is the author of the 24/7 Demon Mart series. By day, she is an award-winning journalist, a hobby urban farmer (you can’t beat her beets!), and a retired roller derby player. Her favorite things—besides books—are tiki bars, liquid eyeliner, B-grade horror movies, and people who make art despite adversity. She lives in Ohio, where she is lucky enough to spend time with lots of other nerds.