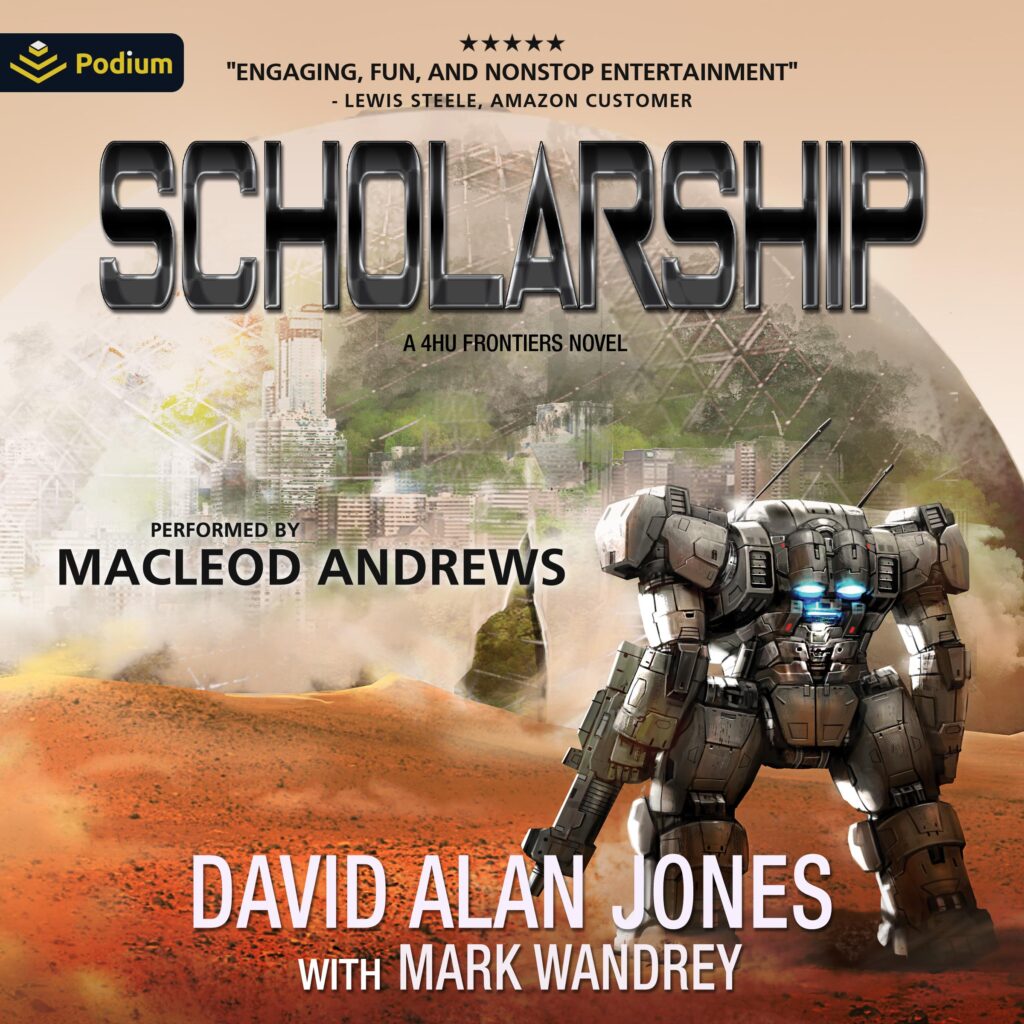 Sometimes, education is mercenary.
Sixteen-year-old Colt Maier is enrolled at a prestigious mercenary training school aboard a converted space freighter. At least, Colt thinks it’s prestigious, until a bounty hunter hired by the Merchant Guild arrests the school’s faculty, leaving Colt and his fellow cadets in deep debt to a loan company.
Facing the specter of indentured servitude should they fail to pay what they owe, Colt and his friends transform their former school into a legitimate mercenary company. Given one year to pay off their debt by the company’s smarmy loan officer, they take on as many contracts as possible, learning on the job how to secure their freedom.
Unfortunately for Colt and his fellow young mercs, the loan company has no intention of letting them succeed, and it’s far more profitable for them to sabotage Colt’s efforts while collecting a year’s worth of payments…and then enslave the students, anyway.
But there is more going on than a simple matter of indentured servitude, and as Colt tries to discover who has been foiling their efforts to earn their freedom, he uncovers a much bigger plot – one whose stakes might cost everyone in the school their lives just for knowing the secret.