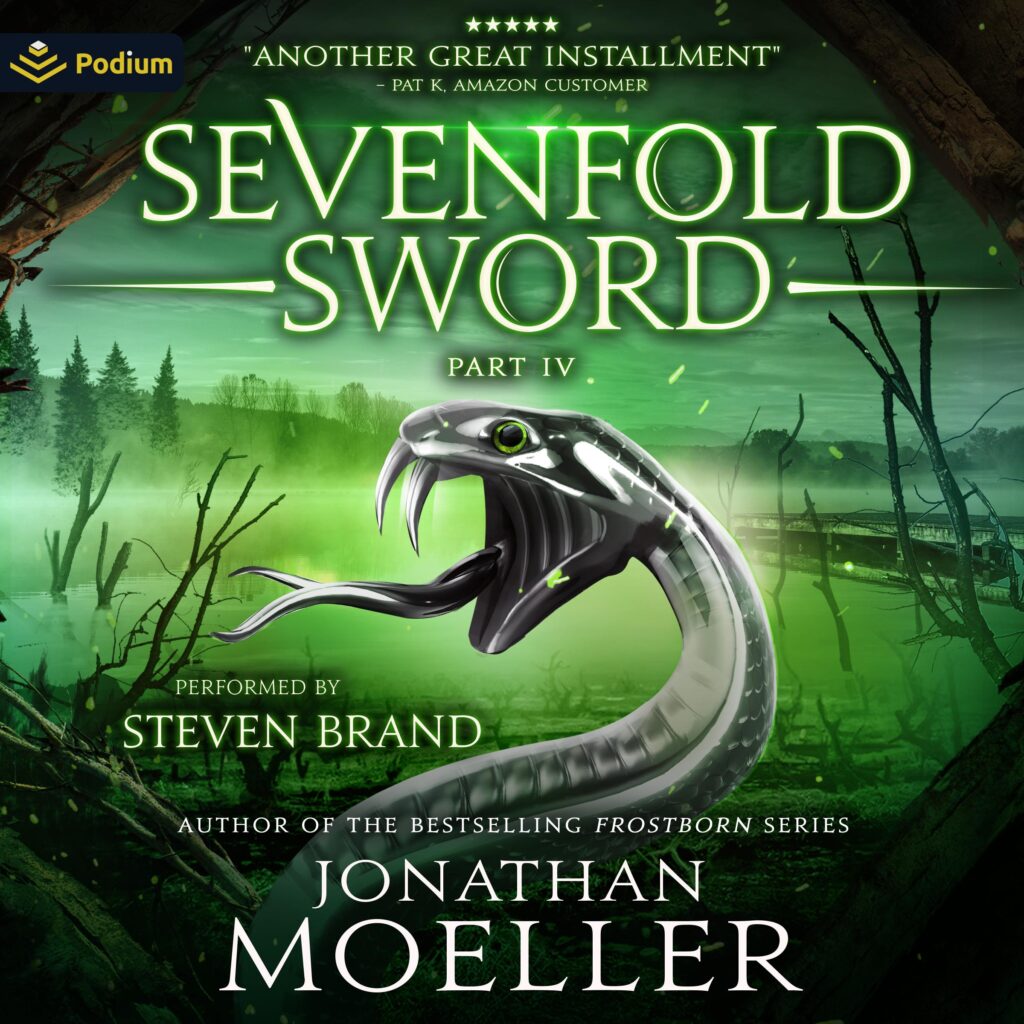 Sevenfold Sword, Part IV includes books seven and eight of the series.
The quest of the Seven Swords will unmask treachery. It threatens to summon the malevolent New God…but other dark powers might seize the New God’s throne.
Ridmark Arban is the Shield Knight, questing to stop the rise of the evil New God and to rescue his friends from the cruel dvargir slavers of Najaris. The sorceress Cathala, imprisoned within magical stone, holds the lore of the creator of the Seven Swords.
But dark powers are stirring in the Serpent Marshes, and Cathala has secrets of her own.
Secrets that might kill Ridmark and his friends.
And the slavers’ sinister master is far more powerful than a mere merchant, and his knowledge might destroy both the Shield Knight and the New God….