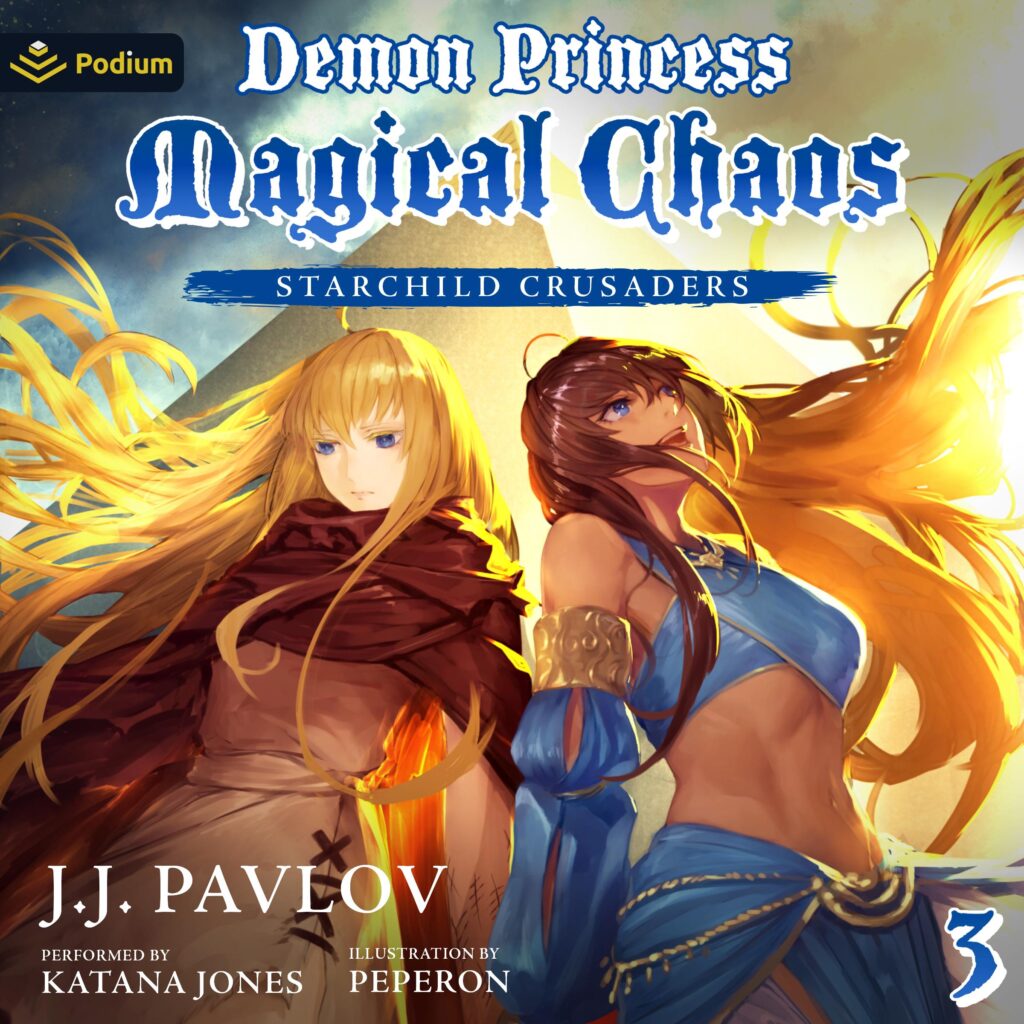 After a disastrous battle against the top mages of the Royal Academy, Chaos finds herself separated from her beloved dark elf Kamii and stranded in the middle of a desert with the fallen angel Hestia.
It’s the beginning of an arduous odyssey, as two geographically challenged girls have to navigate a nation that doesn’t speak their language, perpetuates slavery, and lacks all basic magical appliances, including interactive maps. Even though the high school girl turned Cosmic Horror is formidable, she is tested time and again in this journey forced upon her by her own mistakes. Chaos makes unlikely allies and meets powerful enemies that challenge both her physically impossible body as well as the inscrutable depths of her mind. And when a person from her past appears before her, she learns new truths about herself.
Starchild Crusaders continues the quirky, crawling story of Chaos and takes her to foreign and vibrant new places, on a journey across the sands as she single-mindedly crusades toward her goal of reuniting with her lovers on the other side of the world.
The Demon Princess Magical Chaos series contains gore and explicit sexual content. It’s intended for mature listeners.