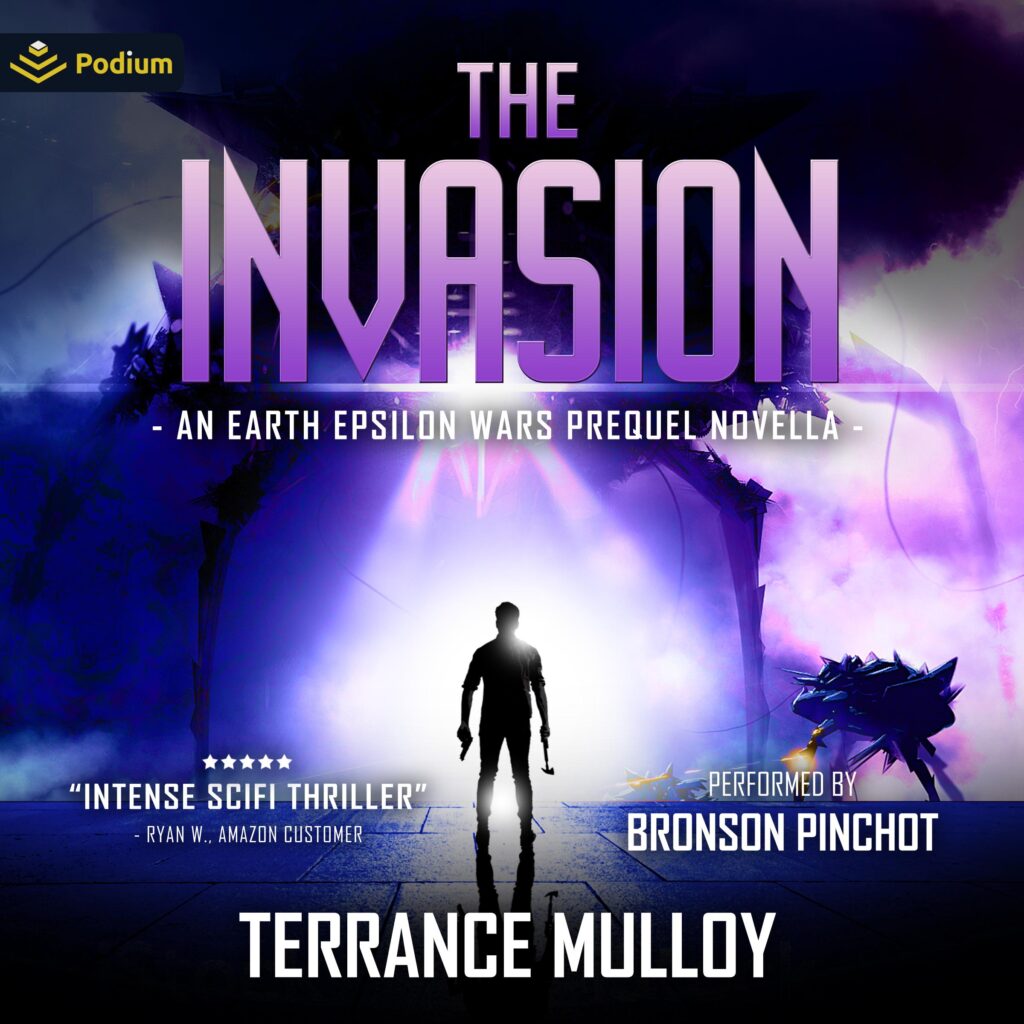 The moment our defense satellites began falling from the sky, we suspected this was an invasion.
Massive fleets of unknown origin had simultaneously appeared across the globe, attacking major cities and small towns. It was a violent display of full-spectrum global dominance – swift and clinical, rendering much of the world’s military forces into smoldering piles of ash before they even had a chance to respond. First contact was nothing less than a devastating surprise attack.
Humanity’s end had arrived with grim finality.
For Kentucky State Policeman Matt Reeves, today’s shift will not only be a gut-wrenching fight for survival, it will also be the catalyst that changes his life forever, sending him down a path of all-out interstellar war.
If you enjoy gritty military sci-fi, high-stakes alien invasion stories, and smart time travel thrillers – all with flawed heroes and nonstop action – you’ll love The Earth Epsilon wars series.