The Jack of Souls | Podium Audio

The Jack of Souls 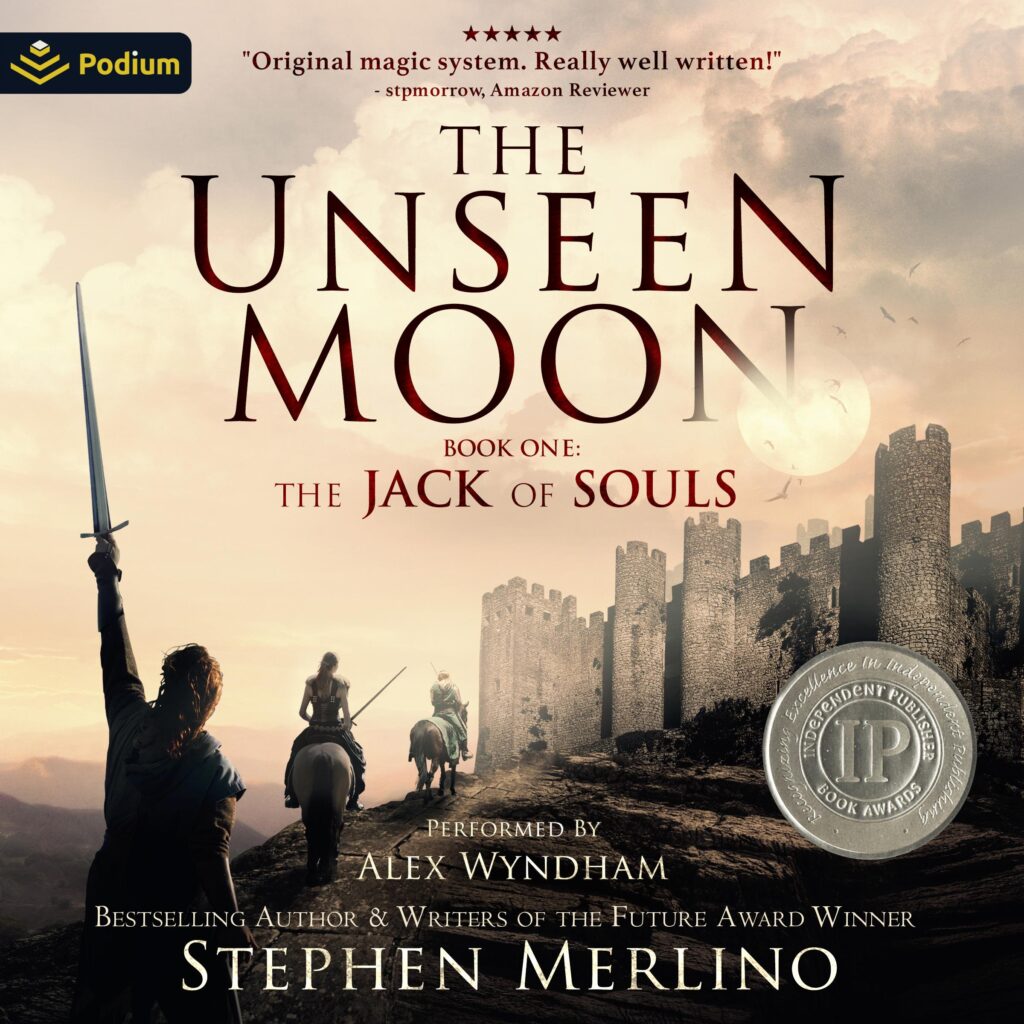 Harric, an outcast rogue, must break a curse on his fate or die by his 19th birthday.
As the day approaches, nightmares from the spirit world stalk him and tear at his sanity. To survive, he’ll need more than his usual tricks. He’ll need help – and a lot of it – but on the kingdom’s lawless frontier, his only allies are other outcasts.
One of these is Caris, a mysterious horse-whispering runaway intent on becoming one of the queen’s first female knights. The other is Sir Willard – ex-immortal, ex-champion, now addicted to pain-killing herbs and banished from the court. With their help, Harric might keep his curse at bay. But for how long?
Both companions bring perils and secrets of their own: Caris bears the scars of a troubled past; Willard is at war with the Old Ones, an order of insane immortal knights who once enslaved the kingdom. The Old Ones have returned to murder Willard and seize the throne from his queen. Willard is on the run and on one final desperate quest for his queen.
Together, Harric and his companions must overcome fanatical armies, murderous sorcerers, and powerful supernatural foes. Alone, Harric must face the temptation of a forbidden magic that could break his curse but cost him the only woman he’s ever loved.