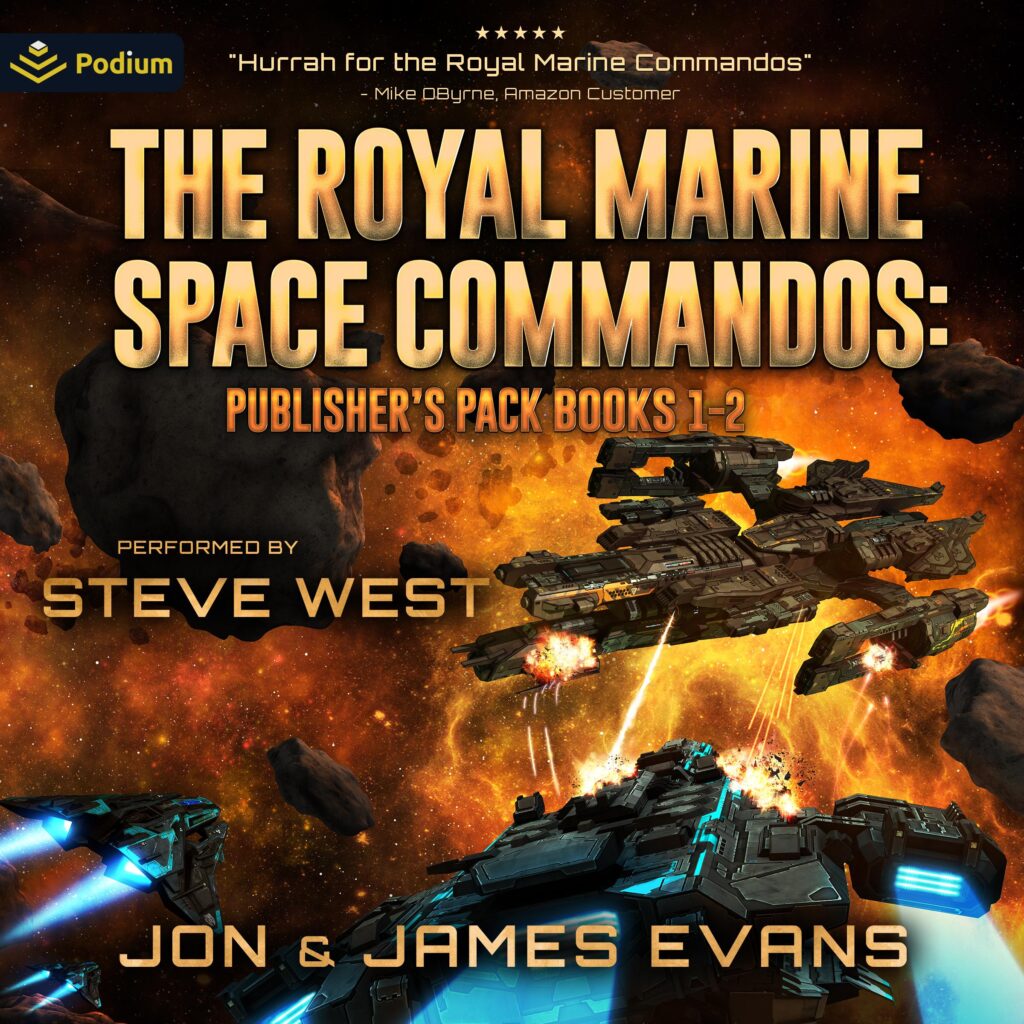 This publisher’s pack contains Commando and Guerrilla, the first two books in The Royal Marine Space Commando series.
Commando, Book 1:
A young lieutenant. A fleet of alien invaders. Will first contact be humanity’s last stand?
In his short military career, Lieutenant Warden has already battled insurgent groups, criminal gangs, and intergalactic pirates. When a distant colony sends out a distress signal, he and his fellow space commandos can’t wait to transfer their consciousness and launch their clone bodies into action. But no amount of enthusiasm could’ve prepared Warden for humanity’s first alien encounter and the ensuing bloodbath.
After his captain falls to the attack, Warden feels both pride and fear as he assumes first in command. Outmanned and outgunned, the confident commando must find a way to eliminate the aliens before they slaughter an entire human colony.
Will Warden’s troops prove they are made of tougher stuff, or have they finally met their fatal match?
Guerrilla, Book 2:
A ruthless invasion. An outmatched colony. A Commando’s last chance offensive.
Lieutenant Warden just barely survived a relentless attack on the New Bristol colony. The Royal Marine Space Commando has orders to defend his post until support arrives. But when Lt. Warden learns of a nearby enemy base that could wipe out far more than the colony, his mission transforms from protective to suicidal.
To save countless lives, Lt. Warden must raid an unstoppable enemy and take out one of the most powerful warships in the galaxy. No pressure or anything. Avoiding huge walking tanks and technology far beyond their own, the RMSC has one chance to get this right.
Can Lt. Warden pull off the incredible, or will losing the battle cost them the war?
If you like fast-paced action, interstellar battles, and characters with nerves of steel, then you’ll love Jon and James Evans’s thrilling saga.