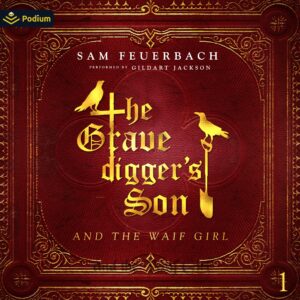 The Gravedigger’s Son and the Waif Girl: Volume 1

The Gravedigger’s Son and the Waif Girl: Volume 2 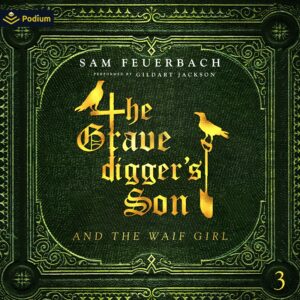 The Gravedigger’s Son and the Waif Girl: Volume 3 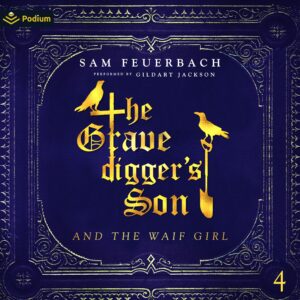 The Gravedigger’s Son and the Waif Girl: Volume 4

Gildart Jackson is best known for his roles as Gideon on Charmed and Giles the Host/Butler on the ABC hit series Whodunnit? He can currently be seen on Netflix as Ian Carlyle on The Bold Type and Flyseyes on Castlevania. His numerous film and television credits include You, The Big Brass Ring, General Hospital, Providence, Atlas Shrugged, Burn Notice, Supernatural, The Young and the Restless, Feud, CSI , NCIS:LA to name but a few. He has been featured on stage in recent regional productions of The Seagull, My Fair Lady, Private Eyes, and Tempest Redux. Gildart has also narrated over 400 audiobooks. Favorites include Peter Grainger’s D.C. Smith series (12 amazing books and counting...), The Son by Jo Nesbø, You Will Not Have My Hate by Antoine Leiris and Richard Branson’s autobiography The Virgin Way. He has won an Audie, been nominated twice more and received numerous other audiobook awards. During the Covid lockdown Jackson began Fireside Reading: Every day at 5pm PT on Instagram @firesidereading he reads live for free to anyone who might like to join him. Fireside Reading has grown in wonderful ways and if you’d like please check it out at www.firesidereading.com.