A Touch of Revenge | Podium Audio 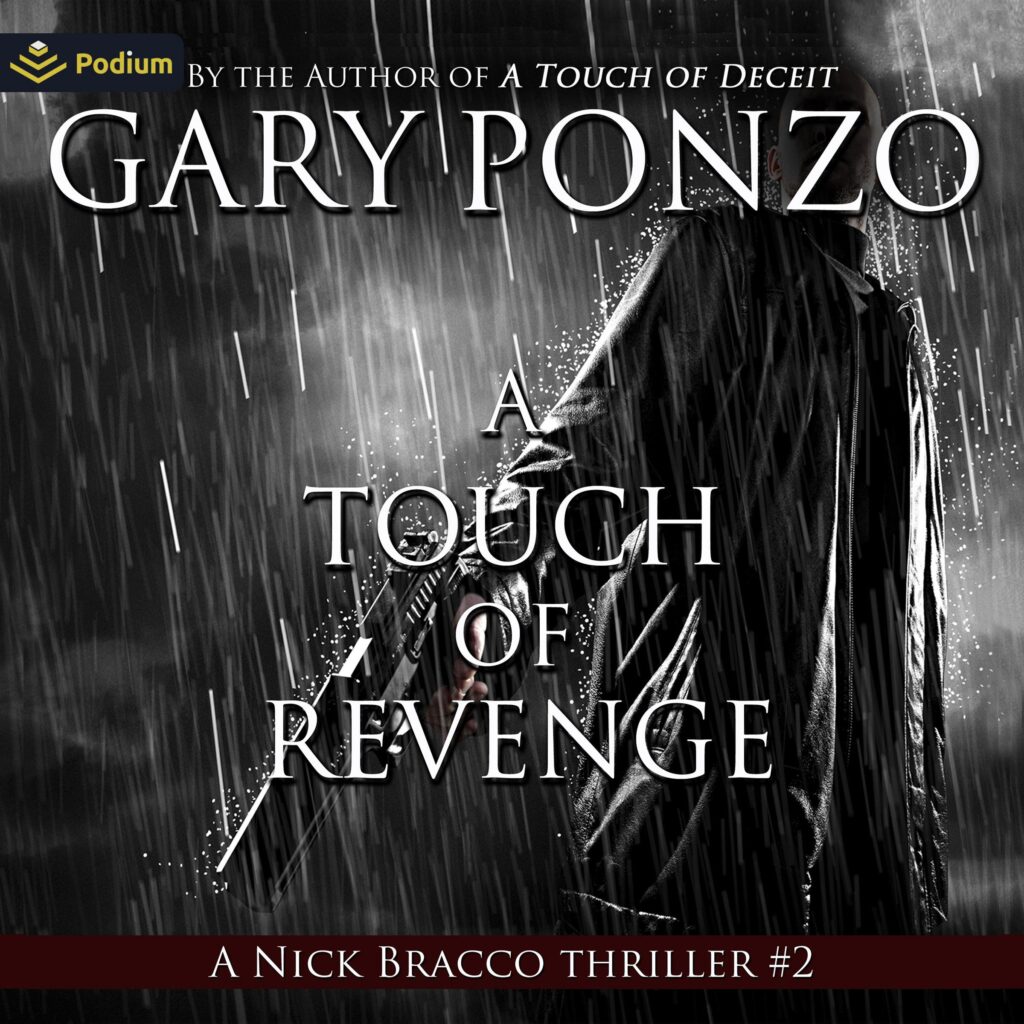 FBI agent Nick Bracco heads an elite group of antiterrorist specialists known as The Team.
When his team members start showing up dead, Nick suspects a Kurdish terrorist who has revenge on his mind. As the terrorist closes in, Nick resorts to using an unconventional weapon – his cousin Tommy. Tommy has a quick wit and valuable connections throughout the Mafia. Sometimes even the bad guys can be patriots.