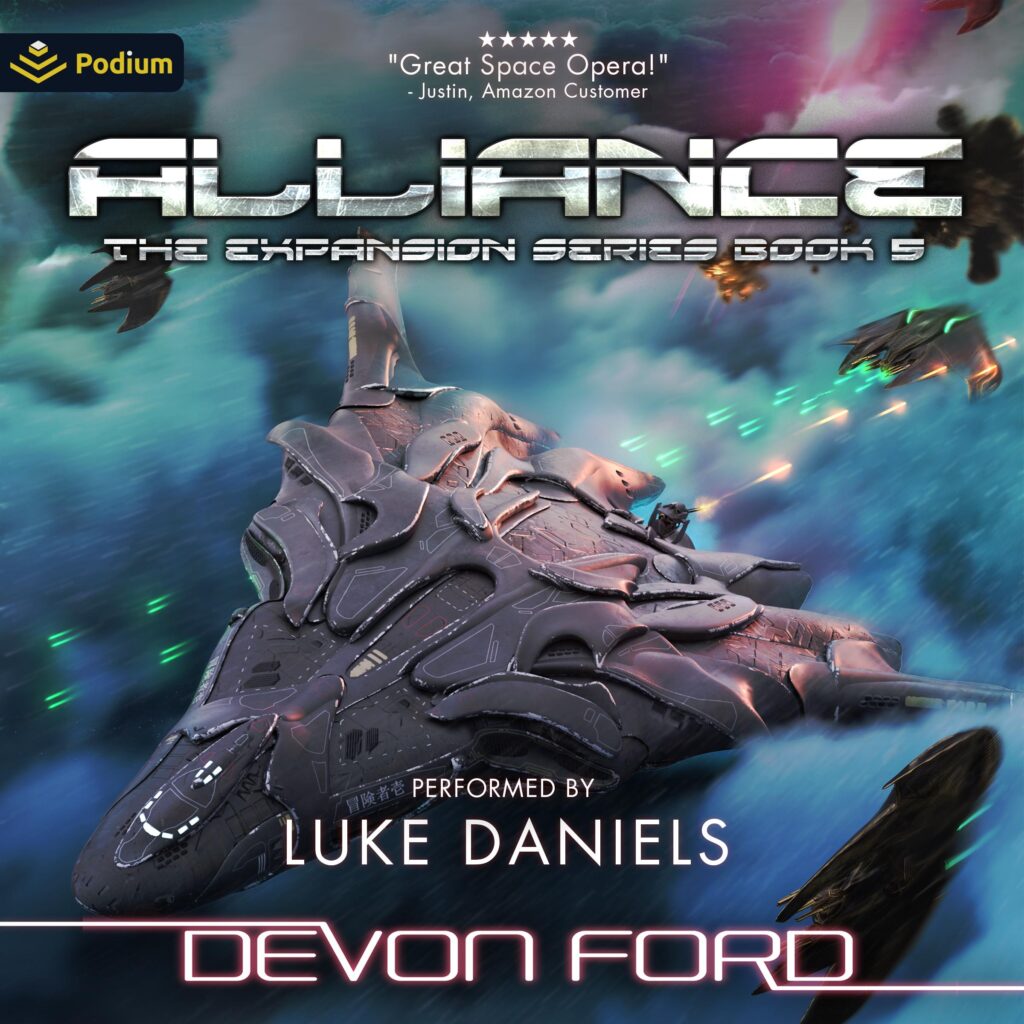 The future of the galaxy will be shaped by one battle. An alliance is at the crux of Earth’s success.
Captain Kyle Torres, now back in command of the Ichi, hand-picks his crew for their most dangerous mission yet. They scour the galaxy, searching for the home world of the Va’alen, with the hope of destroying them once and for all.
Their journey takes them to never-before-explored sectors of space, and the secrets they uncover lead to an alliance with an unexpected ally. Admiral Dassiova, recovered from his grievous wounds, fights to prove his worthiness as a leader, but the Va’alen have plans of their own. A desperate assault uncovers truths humanity never expected in the bid to bring peace and prosperity to humanity and to draw territory lines across space to last forever. Will their haste to destroy their enemy blind them to the dangers of their new alliance?
Complete the the epic military science-fiction Expansion series and find out.