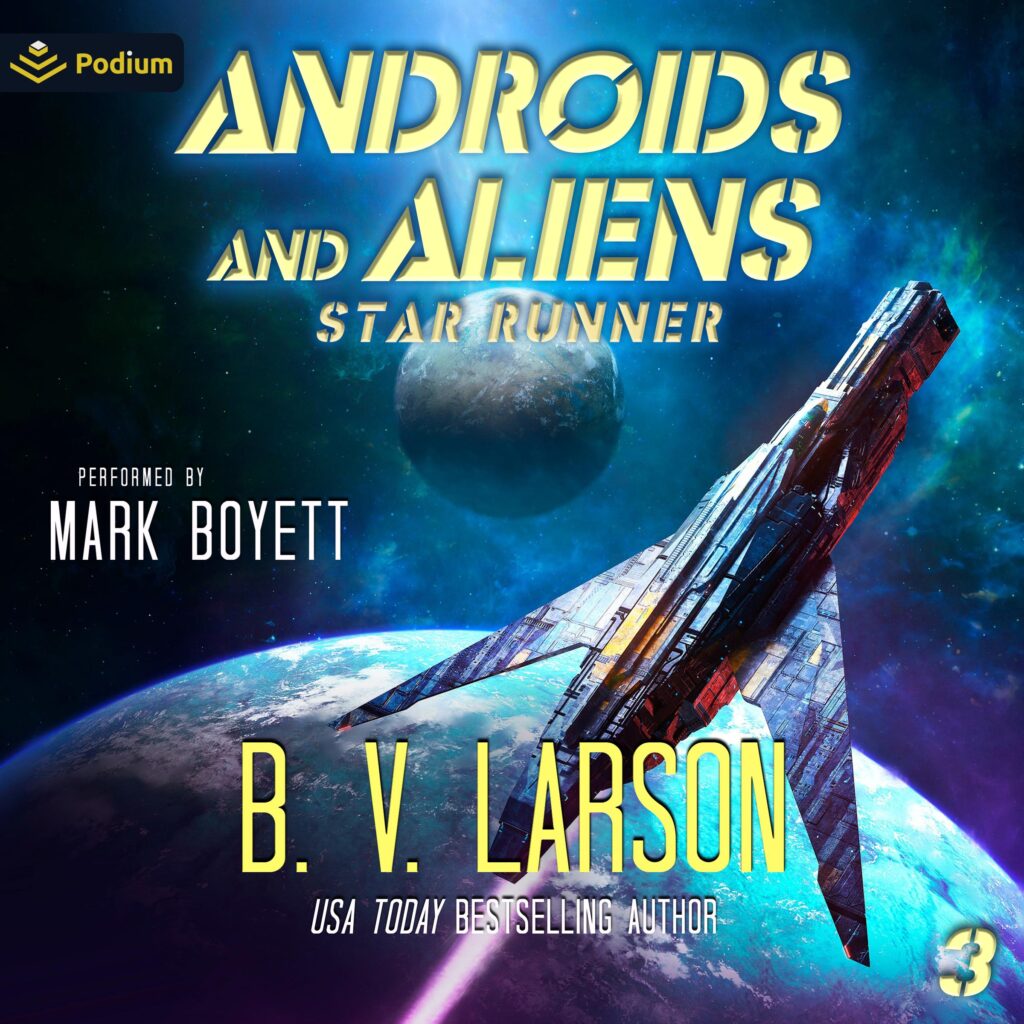 It’s time for the humans to strike back!
Vile, ant-like aliens have already consumed the colonies of the Faustian Chain. Known as the Skaintz, these creatures destroy all living things and carry them back to their nests to be devoured. Now, they’ve begun to invade the stars of the Conclave.
Captain Bill Gorman, a smuggler from the Fringe, is called upon by the Conclave rulers to scout the enemy. Fleets and armies are launched in a desperate attempt to annihilate the Skaintz before they consume Humanity.
Find out what happens next in Androids and Aliens, the thrilling third episode of the Star Runner series.