One Nation, Under … | Podium Audio 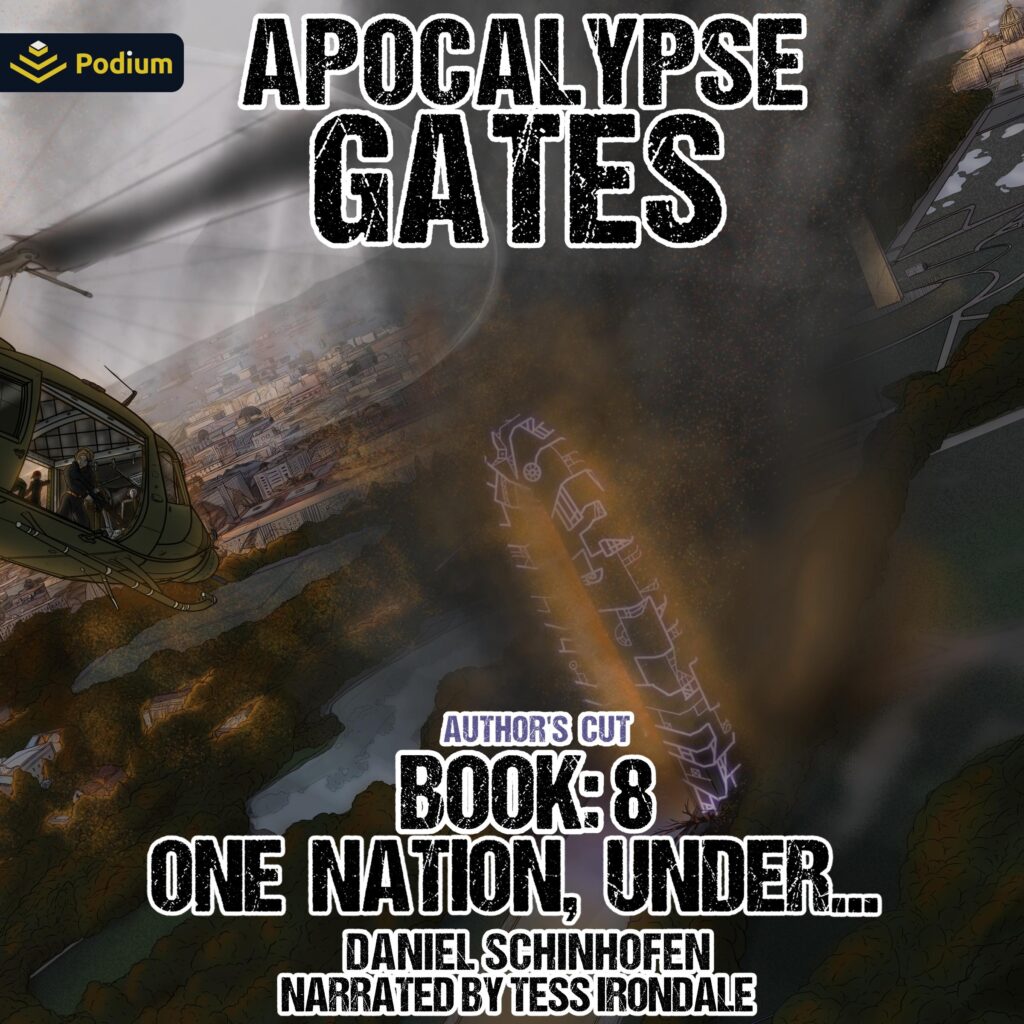 Alvin and his wives had been busy over the last few weeks. They’d gone out of their way to visit settlements they’d helped in the past, all while killing a string of mini-bosses across what had been the American west. Life looked good for Team Asshole…until the devs made a mistake.
Without any warning, Sammi stopped showing up. At first, they brushed it off as her being too busy, or maybe in trouble. That changed when a new dev showed up and tried to assert his dominance. That man was killed twice – first by Alvin blowing his head off his shoulders, then by Mousie running him through with both of her swords.
With the gloves off, Team Asshole started breaking things they’d left alone. They circumvented rules left and right, cheated fast travel, and did everything else they could. A third dev appeared and pleaded for a chance to explain.
Sammi hadn’t been fired, they were told. Instead, there was an unexpected development – Sammi was the first alpha tester. Now that they knew their friend was fine – and might even join them soon – Alvin and his wives backed off their shenanigans to give the new dev, Renato, a chance.
It wasn’t long after that that they received a message from Sammi. She was in New Orleans, stuck in the Superdome with a Loa named Erzulie, and she needed their help. With no hesitation, they loaded up their helicopter, Sky Blade, and set off to rescue Sammi and those with her.
After barely pulling off the rescue of Sammi and half a dozen other women, Team Asshole returned to their base. In the aftermath, Sammi joined Team Asshole fully, accepted as another wife by Alvin and with Gothy’s enthusiastic approval.