The Island of Dr. Laroue 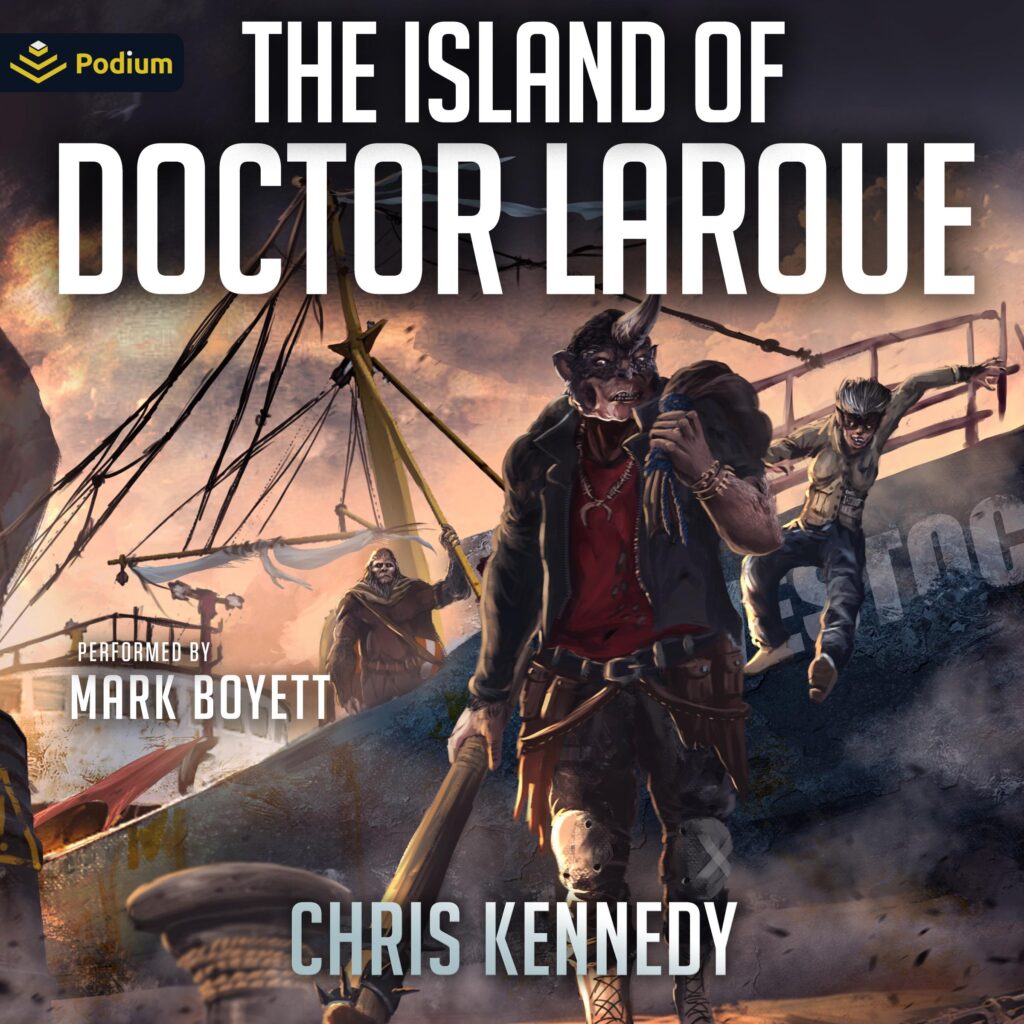 On May 1st, 2067, the world fell.
One thing Zebadiah Pratt – or Zee to his friends – won’t abide, though, is slavery, even in a Fallen World. So when friends of his find a shipment of gene-modified child slaves, he knows something must be done.
There’s only one problem: The slaves came from an island owned by the infamous Dr. Laroue, a noted geneticist and the creator of many of the imprints the Obsidian Corporation used to create its super-soldiers. He’s going to need help.
But Zee has friends, including gene-modified youngsters that he’d previously set free and a brother who was a super assassin. He knows other people he can call in favors from, like former Corporate hostage rescue negotiator Joshua Collins. Although Collins is currently without his imprint, he has been modified with the body of an Agent and still has some of their abilities. Collins is also good friends with Luc Boudreaux, a former corporate officer who has a number of agents working for him. If he can talk Boudreaux into "loaning" some of his agents to help with the mission to Laroue’s infamous island, they may just have a chance.
But Laroue has countless gene-modified creatures and agents of his own, including a new and improved one, and he won’t go quietly into the good night. Can Zee’s collection of do-gooders make a difference in this Fallen World, or will the world fall even farther into darkness?