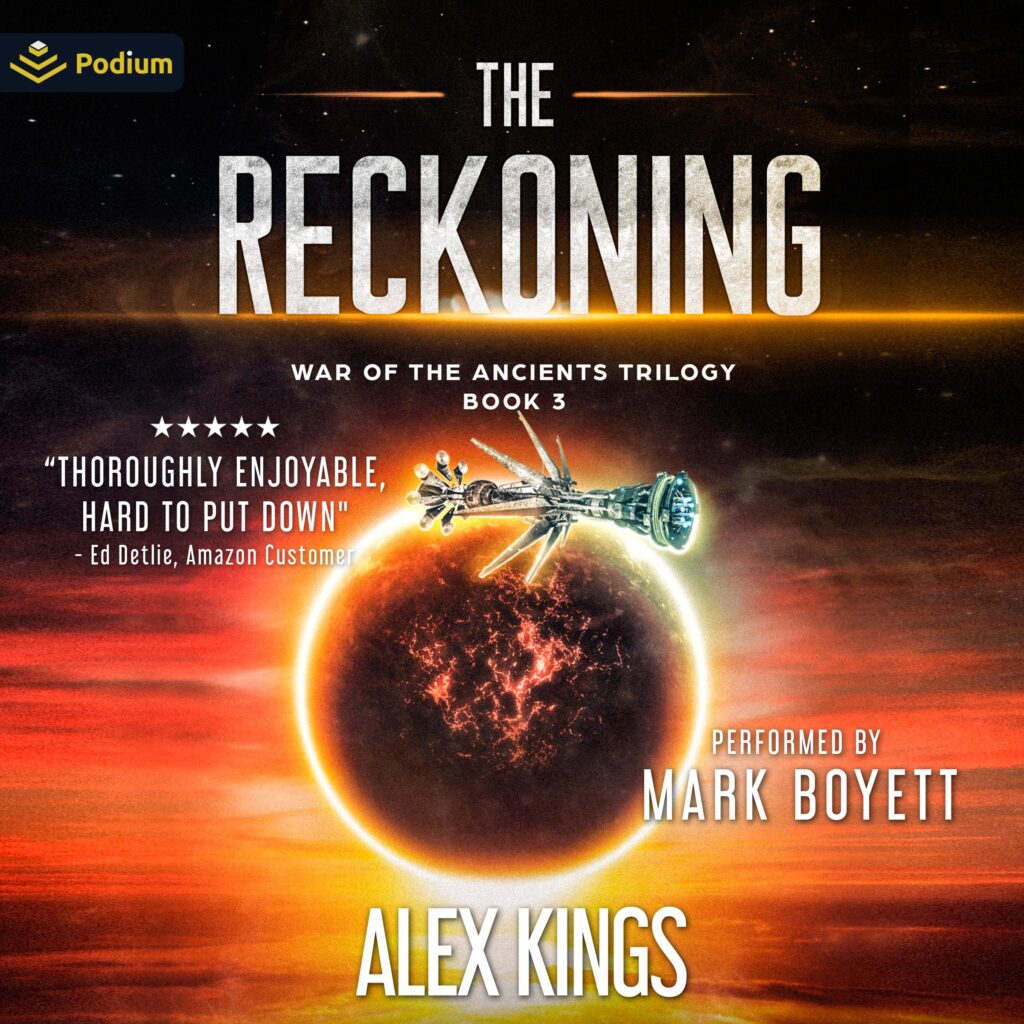 It is the end of all things. Ancient ships sweep across the galaxy, conquering worlds with ease. No one can stop them. It seems to be only a matter of time before Pierce and his allies control everything.
Meanwhile, the Oracle, Pierce’s mysterious advisor, has plans of its own. His own closest friend is questioning his motives.
With Earth under occupation, Hanson searches for allies. With a secret at the heart of a million-year-old dead alien and a farfetched plan, the galaxy might just have a thin ray of hope. But the great powers have their own problems. Old allies are ready to betray one another. Revolutions are brewing.
One thing slowly becomes clear: If they can’t put aside their differences and concentrate on the true threat, extinction awaits all.